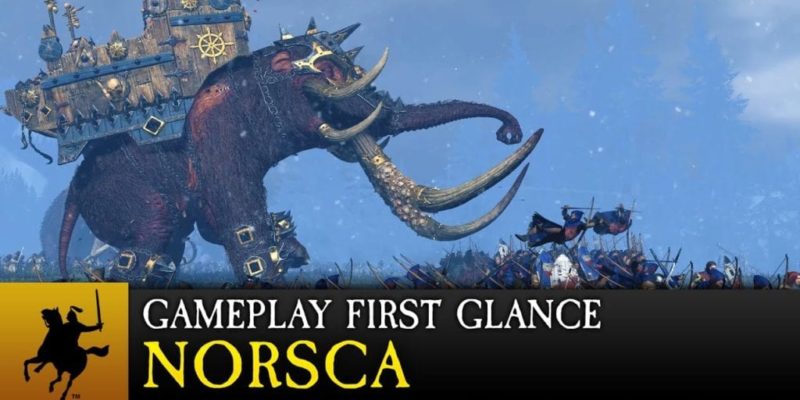 Poor old Bretonnia, they really weren’t prepared for the charge of Norsca mammoths in this new Total War: Warhammer trailer. It shows one minute or so of gameplay, featuring the upcoming Norsca faction running rampant.

There was supposed to be a gameplay livestream of this expansion last week, but it was cancelled due to technical difficulties. I believe there will now be one tomorrow instead, so if you want to see more Norsca keep an eye on the Total War Twitch channel around 3pm BST 26 July.

Below, you can see the mammoths, frost-wyrms, and werewolf types doing their thing against helpless Bretonnian peasants. Bit unfair really, if you ask me. People who pre-order Total War: Warhammer 2 (or buy it within the first week of release) get Norsca for free. Just to confuse matters, they’re a Warhammer faction (not one for the sequel), but when it becomes possible to play on a combined campaign map then people who own both games will be able to use them across a mega-campaign.