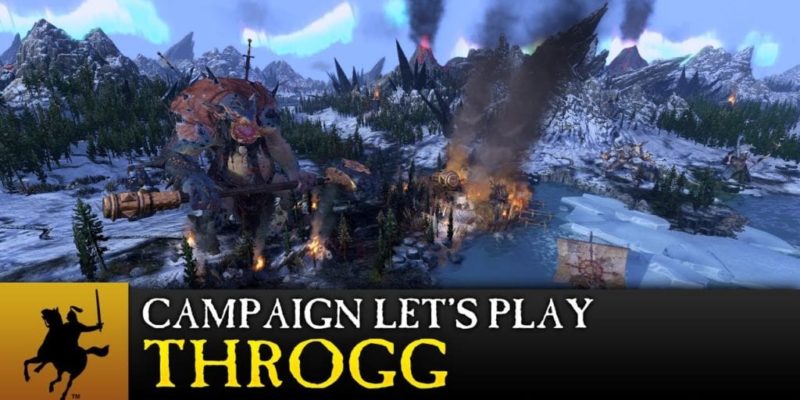 After Wednesday’s look at Norsca on the battlefield, this new Total War: Warhammer video examines their campaign map mechanics. It’s the usual sort of thing if you’ve seen these before; ten minutes of gameplay focusing on the strategic side of things.

For this video, Creative Assembly are using troll king Throgg. It basically emphasises the playstyle that will be required for Norsca (raiding, and more raiding to keep income up), while also looking at some specific features like their ability to raise tributes to one of four gods (Hound, Serpent, Eagle, or Crow) on razed settlements. Finding favour with one of the gods is necessary to achieve Norsca’s goals, and provides specific rewards (depending on who you go with).

The video also talks about how Norsca are able to go monster hunting in Total War: Warhammer, and looks at Throgg’s skills, mentions one of his questlines, and demonstrates a couple of their building chains. Have a look at all that, below. The Norsca faction will be out on 10 August; they’re a free bonus if you pre-order Warhammer 2.