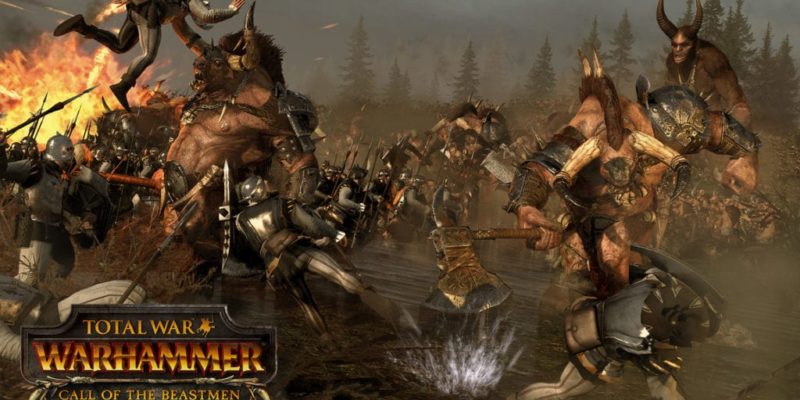 A Q&A piece posted by Creative Assembly on their official Total War: Warhammer forums contains a few more details about the upcoming Call of the Beastmen DLC. One such inclusion is the ‘An Eye for an Eye’ mini-campaign map, covering 52 regions and featuring rival Beastman factions, a few Greenskins, and Boris Todbringer’s Imperial forces.

Creative Assembly estimate that self-contained campaign will run you to 10-20 hours, and note that they’ll be livestreaming some of ‘An Eye for an Eye’ this coming Friday (22 July). Beastmen aren’t restricted to this mini-campaign, however, they also have starting positions on the grand campaign as well: “Khazrak [One Eye] begins the Grand Campaign in the Tobaro Region of Estalia, while Malagor [The Dark Omen] begins play in The Marshes of Madness, deep in the Badlands.”

The Beastmen will still show up as an AI faction for those who don’t own the DLC, and it’ll be possible to play co-op or competitive Multiplayer with/against somebody who has the DLC (even if you don’t).

CA describe the play-style for this new Total War: Warhammer race as “fast and furious”, with an emphasis on ambushes. Many of the units have Vanguard deployment, meaning you can surround and descend on your foes with relative ease. The Beastmen’s skill tree can also unlock ‘Lightning Strike’ battles on the strategic map; enabling you to attack an enemy stack without them being able to get help from nearby reinforcements.

Regarding the pricing of the DLC ($19 when the pre-order discount goes away), CA state that “Call of the Beastmen required around three times more content and effort than previous large DLCs we’ve done”. They cite the number of new creature models, and animations, plus the creation of the separate campaign as costly endeavours. In fact, cost is also the reason given for the lack of Ghorgons/Jabbers/Harpies in the Beastman roster. “The Jabberslythe alone would have been as costly as all the artwork that went into Charlemagne,” they suggest.

Here’s the campaign map for ‘An Eye for an Eye’, plus an image of the new Beastpath battles that can occur when the Beastmen trigger an ambush from the Beastpath Stance. Click either for larger versions. Call of the Beastmen is due on 28 July. 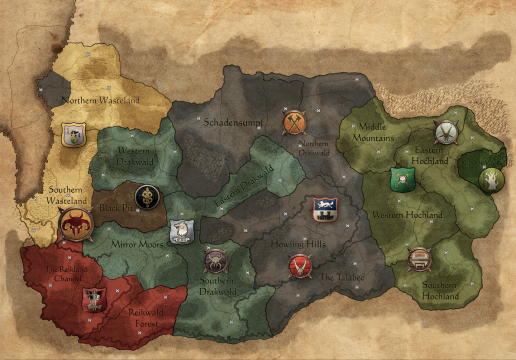 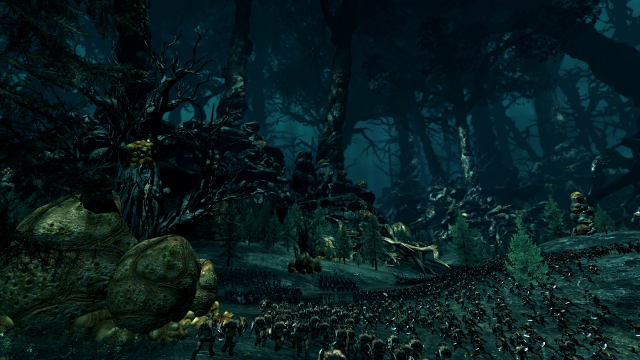 Beastmen aren’t exactly small, so those trees are gigantic.

The Deceptive Marketing of Video Games