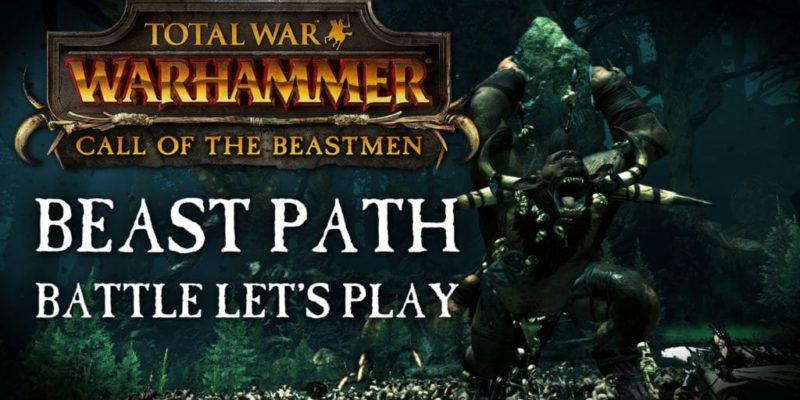 Time to see a few of the upcoming Beastmen DLC units in action, as Creative Assembly release a Beast-Path battle gameplay video from Total War: Warhammer. The Beastmen are up against the Empire in this one, which causes them a few problems as they have to rush to close the gap while under fire from artillery.

As the lines converge, you get to see what a summoned Cygor can do (lob a bunch of rocks), as well as what happens when a unit of rampaging Minotaurs collides with the Imperial ranks. There’s also plenty of spellcasting from both Lore of the Wild and Lore of Beasts magic decks (the player took Malagor the Dark Omen as his Legendary Lord providing an extra batch of spells).

See all of that in the video, below. Total War: Warhammer’s Call of the Beastmen DLC is due on 28 July, priced at $19.