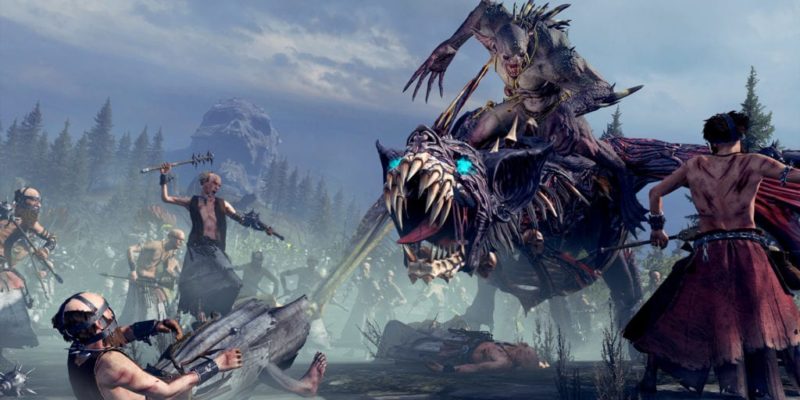 Yesterday’s release of The Grim and the Grave DLC and accompanying patch for Total War: Warhammer had the unfortunate side-effect of causing some saved game corruption. Specifically, it seemed to affect saved games belonging to those who didn’t own the Chaos Warrior or Beastmen DLC.

A public beta ‘hotfix’ is now available which should (hopefully) sort that problem out, and allow anybody affected to continue with their saved campaigns. You do the usual thing to access it: right-click on Total War: Warhammer in your Steam library, open Properties, open up the Betas tab, and then select ‘savegamehotfix -‘ from the drop-down menu. Steam should do the rest, but if it doesn’t seem to be downloading anything right away, try restarting it.

The hotfix is only for saved game corruption problems, so there’s no immediate need to run this beta unless you have that issue. In the same Reddit thread, Creative Assembly confirm that Regiments of Renown not being able to level up is by design, but their not being affected by technologies and skills is a bug that’s being dealt with. So expect another patch addressing this issue (and one or two others, I’m sure) in the not too distant future.

ReCore trailer is all about Joule, bots and dads