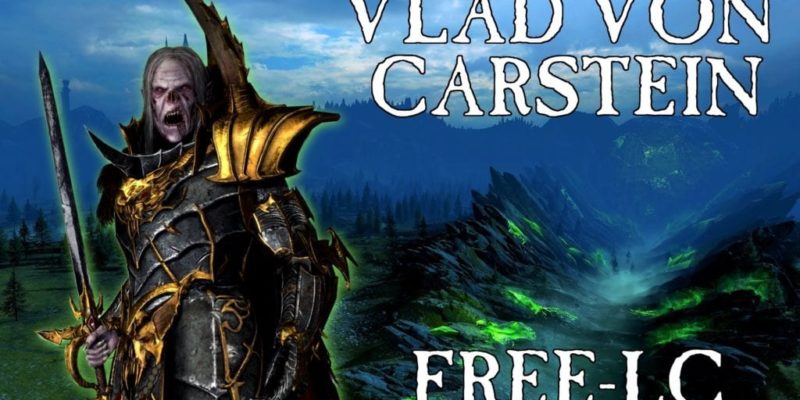 Ahead of the 1 September Grim and the Grave DLC release, Creative Assembly are showing some gameplay from the free Total War: Warhammer DLC that’ll arrive at the same time. If you’ve been following that news, you’ll know that Vlad von Carstein is being released as a free Legendary Lord.

Like Volkmar and Ghorst in the (paid) DLC, Vlad the Lad gets his own quest battle; to take control of a warpstone mine. Unfortunately, a Ghoul King favoured by Nagash has taken up residence there, meaning an undead-on-undead clash is inevitable. In the video, you get to see the quest battle play out in full. If you missed the summary of Vlad’s skills, you can read about them here.

At the start, there’s also a quick fly-over of the maps that’ll be added to Total War: Warhammer as part of the DLC/Free-LC release. They’ll all be freely usable in Custom and multiplayer battles. Here’s the footage.