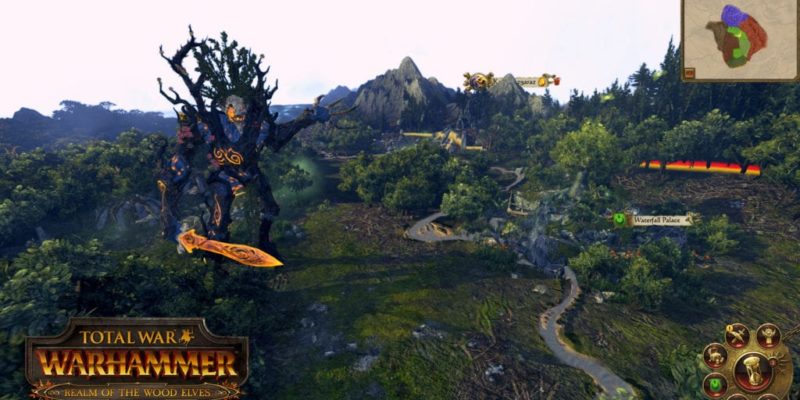 When it comes to selecting a Legendary Lord in Total War: Warhammer’s upcoming Wood Elf DLC, your choices are a smug, shirtless elf bloke or a massive angry tree. I know which one I’m rooting for.

According to his backstory blurb, Durthu used to be a gracious, welcoming tree spirit kind of guy who helped the powers of Athel Loren bond with the elves. Unfortunately, he’s now extremely pissed off at basically everything and wants to either stamp on every forest intruder personally, or hit them with his sword. Fair enough, really, he takes his conservation seriously. Creative Assembly have released one of those Lord Skills images for Durthu, which you can see below (click for larger version).

It includes good stuff like ‘Rage of Kurnous’, which provides a faction-wide buff to weapons. You can also see Durthu’s Lord selection video over at the Total War: Warhammer Facebook page. 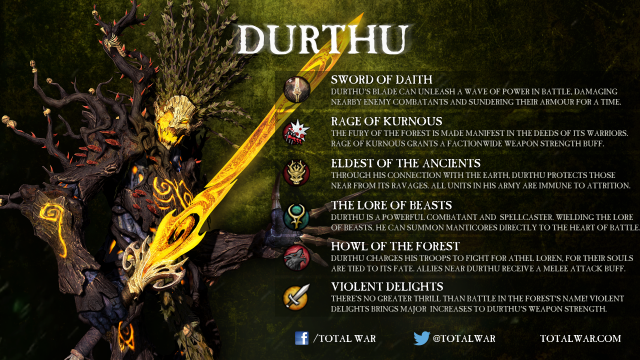 Civilization VI Digital Deluxe is 80% off in the store – Updated