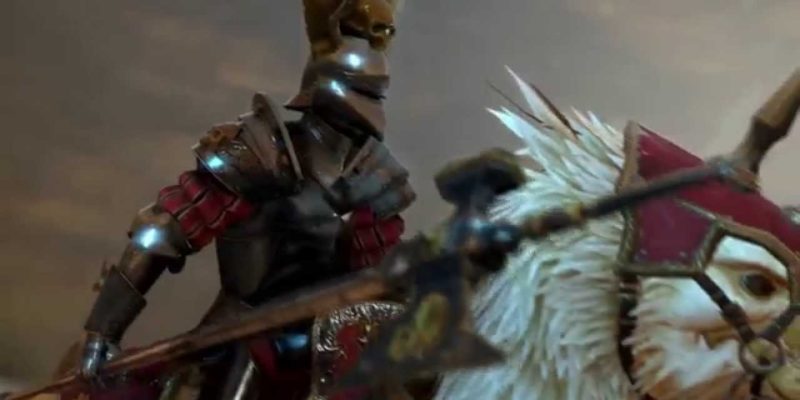 In this new concept-art stuffed video, Creative Assembly have a bit of a chat about the fancy Demigryphs that posh Empire Knights get to ride into battle. This isn’t, unfortunately, the much-trailed in-engine Total War: Warhammer trailer – that’s said to be coming on 17 July (this Friday.)

Still, though there isn’t any in-engine stuff per say, you will get a pretty good look at how the Demigryph units will be modeled and animated in the game. They’re part eagle, part lion, and reside somewhere between a fully fledged Griffon and a basic horse in terms of their size and stature.

They’re apparently domesticated enough that the Empire can put armour on them, which is both adorable and useful in keeping then protected during battle. By the sounds of things (and, knowing what I know about tabletop Warhammer,) Knights mounted on Demigryphs will be somewhat rare in Total War: Warhammer, but will have a powerful charge and plenty of staying power.

Creative Assembly will be doing more of these “here’s a look at a certain unit type” videos in future, though they haven’t said whether they’ll be leading up to the in-engine trailer, or weekly, or what.

For now, there’s just the one about Demigryphs, which you can see below.