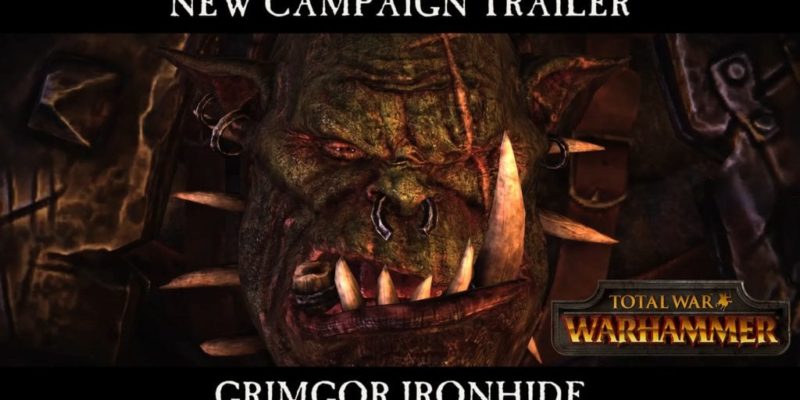 This new Total War: Warhammer trailer is mostly a cinematic exploration of Orc leader Grimgor Ironhide’s anger issues, but it also shows a bit of the game’s campaign map. In a sort of sweeping, camera fly-by manner, anyway.

Surprise! It looks quite a bit like recent Total War campaign maps (with approximations of your armies marching through realistic mountains and forests, rather than the much older style Shogun ‘map on a table’ effect). By way of Grimgor’s excitable adviser, we get a little look at the craggy Dwarven realms, the cities of the Empire, and the northern Chaos wastes. No sign of the Undead in this one, unless I blinked and missed them.

There’s also an impressive-looking siege scene. But having played a lot of Total War sieges in my time, let’s just say it’s not entirely convincing.

Total War: Warhammer is promising a more in-depth campaign-based video next week, so they’re really dragging this out. Not too shocking, I suppose, since the game isn’t out until April next year.