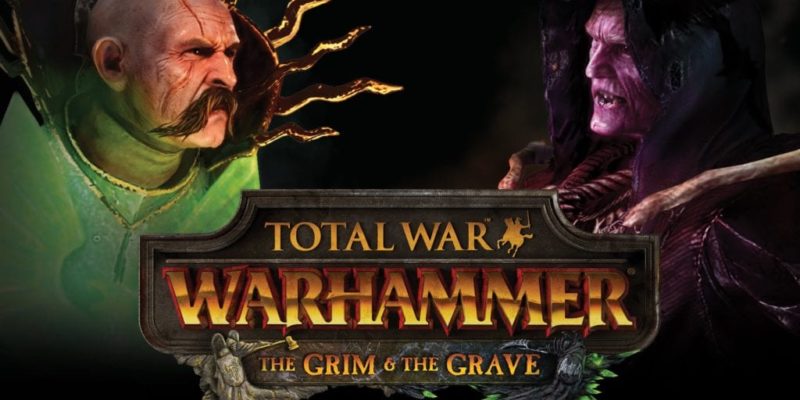 Beyond the additions of new maps and Vlad the Dad as a free Legendary Lord, the headline change is probably the fix for how reinforcements work. Previously, as players will no doubt have noticed, reinforcements could arrive from entirely random directions (leaving you in serious trouble in the battle). From Update 3 onwards, they should appear relative to their position on the campaign map.

You can read the full (extensive) set of Total War: Warhammer patch notes, below. Among the more serious stuff, the list contains some fixes that are entertaining (“Fixed an issue that could cause Karl Franz to run away in the Empire Campaign Intro Battle”) and a few that are just outright silly (“Mannfred is slightly stressed upon the imminent arrival of Dad (Vlad)”).

Fixed an issue that could cause Karl Franz to run away in the Empire Campaign Intro Battle.

Empire Knights can no longer see 10x further than any other unit in the game.

Boris Todbringer now has the correct mount during battles when assigned the Barded Warhorse.

Changed the ‘Speed of Horse’ skill to be a flat bonus rather than a small percentage increase.

Fixed a bug where mounted Warrior Priests weapons disappeared when their mount reared up in battle.

Chaos armies that spawn during scripted events will now have the correct unit permissions on their buildings.

Hellcannon projectiles will no longer be invisible when Projectile Trails are disabled.

Fixed an issue with the Chaos Spawn idle audio.

Chaos armies should no longer be visible through the shroud on the Campaign map.

Centigors (Throwing Axes) are no longer listed as ‘Shielded’ as they do not equip shields.

Fixed an issue that could cause a Beastmen player to end up at war with their own Brayherds.

Rebalanced the Victory Objectives in the Eye for an Eye campaign.

Rebalanced the Raucous Host stats to bring it into line with the Beastlord’s Lash skills.

Added sound effects to the Dark Moon events in Call of the Beastmen.

Improved the description on ‘The Banner of Outrage’, ‘Hunting Spear’ and ‘Staff of Darkoth’ Banners.

Re-balanced armies set up for the Beastmen in Custom Battle, when using the ‘Auto-Generate Army’ button.

Fixed a bug where the Graze of Darkness Event message appeared twice in a row.

When the player is playing as Beastmen, AI factions in ‘Underway’ stance will no longer be labelled as being in ‘Beast-Path’ stance.

Improved the effect of ‘Quell animosity’ on Bestial Rage.

Fixed an issue where Beastmen units would repeatedly enter and exit the towers.

Damaged Razorgor Chariots will no longer have no crew manning them at the start of a battle.

Fixed an issue where AI Beastmen Warherds would stay in place after nearby Empire regions were razed.

The Fall of Man Quest Battle in Call of the Beastmen DLC will now trigger when the Empire is dead, rather than when Karl Franz is dead.

Added more units to Empire rebel armies that spawn during the Eye for an Eye Campaign in Call of the Beastmen.

Dragon Cloak of Fyrskar quest chain should no longer get stuck if the Greenskins are wiped out during the first stage.

The lighting in the Black Fire Pass battle has been improved as it appeared to be very dark for some players.

Reinforcements will now join battles from a more accurate direction relative to their position the campaign map.

Fixed some floating props on the Campaign map.

Improved the distortion effects on the Campaign Map (e.g. heat haze from fires).

The spread of Chaos Corruption has been reduced from minor cities razed by the Beastmen, to re-balance the struggle in Multiplayer Campaign when one player is Vampire Counts, and the other is Beastmen, and the Beastmen start to raze settlements.

Icons for campaign passive abilities will no longer be slightly offset/overlapped unnecessarily.

Fixed a scripting bug preventing some chapter objectives from triggering when a legendary lord was wounded or replaced.

Greenskin rebels should no longer have Vampires leading their armies.

Improved how The Chaos Invasion is scaled with player difficulty.

Lava added back onto the volcanoes in the Badlands.

Fixed an issue that could cause UI text to not scale correctly when adjusting both resolution and UI scale at the same time.

Improved the UI for comparing units on the Unit Information Panel.

Added warning to spellcasting information, when a spell cannot be cast because the target is closer than the minimum range.

UI scaling will no longer grey out the V-sync option when resolution is set to 1680 x 1050.

Stopped tooltips from getting stuck on screen.

Fixed a display issue that could occur when stretching the Game Guide to the largest size on lower resolutions.

Fixed an issue that could cause the Spell Browser to load incorrectly for some players.

Added a balance of power indicator to Quest Battles on the pre-battle screen.

Armies now appear above agents in the forces panel.

Skill upgrades which boost the stats of an army now properly show the effect in the character skill panel.

Stopped the camera from being able to see under the Bjornling’s Gathering map.

Stopped some trees from floating on the Oakenhammer map.

Improved the collision for several buildings and props on various Battle maps.

Fixed a missing texture on the Cliff of Beasts Battle map.

Improved the heightmap on the Blackstone Post battle map to prevent units from clipping through the ground.

Improved the VFX for some destructible props on various Battle maps.

Fixed an issue where unit deployment markers were not visible on the Eldagsen map.

Consistency of drag out orders improved.

Fixed winds of magic not updating when battles were in fast forward speed.

Fixed a rare bug that could cause units to fall off of Siege ladders if they attempted to attack another unit before reaching the top of the wall.

Stopped defence towers from damaging themselves when enemy units are at their base.

Fixed an issue where large units could not target enemy units when they were split on wall and land.

Fixed some rare instances where deployment lines had vertical spikes in them.

Improved the way firing arcs / Movement extents are displayed on the jagged terrain in subterranean battles.

Added the ability to navigate Custom/Multiplayer Battle maps with the arrow keys or by typing the first letter of the map name.

Fixed an issue that could cause the player to be unable to ready up in Battle lobbies when loading pre-set armies for AI opponents.

Fixed a UI bug in Multiplayer Campaign mode, where the Desync menu was hidden behind an event message, preventing the player from resyncing.

A new crash reporting system has been implemented, to help us fix more bugs. This may cause up to 15 second delay (worst case) when the game crashes, as a crash report is generated.

You can now stop the campaign benchmark mid-way through.

Fixed a bug that caused blood to remain on character portraits after deactivating it mid-battle.

Added a warning to the save/load menu to show save games that were created with DLC that you do not own/do not have installed.

Fixed a bug where only the ‘Draw’ battle outcome music was playing at the end of a battle, now ‘Win’ and ‘Lose’ variations will also play.

Fixed various achievement bugs in ‘Take the Eye Test’, ‘The Unnatural Order’, ‘Blessings from the Throne of Ruin’, ‘Through the Skin to the Soul’ and ‘Surprise you’re dead’.

Fixed a crash for EyeFinity users with 3×1 setup during the Call of the Beastmen campaign fly-over in the Eye for an Eye campaign.

If you deactivate an owned DLC, you will not be able to continue a campaign begun when that DLC was activated. This is a crash-prevention measure.

The cost of rank increases has been reduced

(no range increase to Irondrakes)

HP Regeneration (including potions) has had a ‘Unit Ability Scaling’ pass. All units now have a limit to the amount of hit points that can be regenerated, which is inherently scaled with unit hit points.

Communiteam now have +5 Armour piercing when in threads

Direct Damage has had a ‘Unit Ability Scaling’ pass. All abilities and spells using this should now produce similar percentiles across multiple unit scales.

Gork has been buffed a smidge

Hold the line and Bloodroar changed to passive abilities

Net of Amyntok radius has been reduced

Vampire Lord: MD set to 45 on all mounts

Changed resistance to ‘all’

Mannfred is slightly stressed upon the imminent arrival of Dad (Vlad)

Night Shroud has been given extra radius and much greater strength

Nvidia 372.70 driver out for Battlefield 1 and WoW: Legion