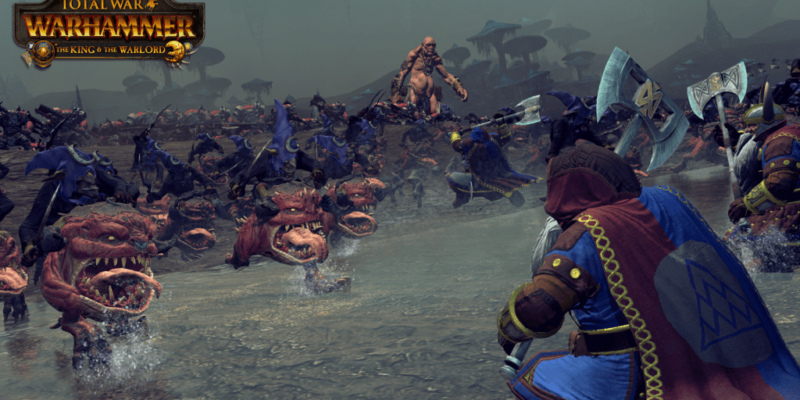 In the usual manner, Total War: Warhammer will accompany a DLC release (The King and the Warlord) with a sizeable update for the game. Update 4 will be released on the same day, 20 October, along with the free Wurrzag Legendary Lord (and a few new Chaos units).

This update brings the much-requested feature of AI factions being able to recruit Regiments of Renown to their forces. It is noted that the AI “will still be able to recruit them even if you do not own The Grim & The Grave or The King & The Warlord DLCs”. The front end Campaign UI has been given some kind of makeover too, “to account for new playable minor factions”.

As tends to be the case, there are a vast array of other tweaks and alterations listed in the patch notes. Here’s what to expect from Total War: Warhammer on 20 October. Also released today is a look at Skarsnik’s Legendary Lord skills.