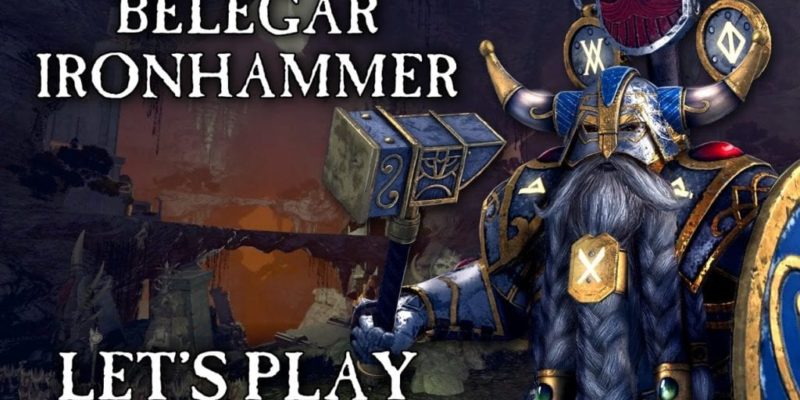 Creative Assembly are continuing the onslaught of information about the King and the Warlord DLC for Total War: Warhammer today, with a new video. In it, your semi-regular host Darren plays one of Belegar Ironhammer’s quest battles.

Belegar and his Angrund clan lads have engineered a bit of an ambush for some Orcs, with the help of some Dwarfs from Karak Azul. Ironhammer’s troops just need to hold the line long enough for the reinforcements to slam into the Orc rear. According to the video, this is one of the earlier, easier quest battles, so things are somewhat in favour of the Dwarfs.

You’ll get a look at the new upcoming Dwarf units like the Bolt Thrower, Rangers, and Belegar himself. Later, a flood of vicious Squigs from the goblin side show up too, giving people a first look at those adorable eating machines. The King and the Warlord DLC will be available for Total War: Warhammer on 20 October, priced at $8.00 USD.