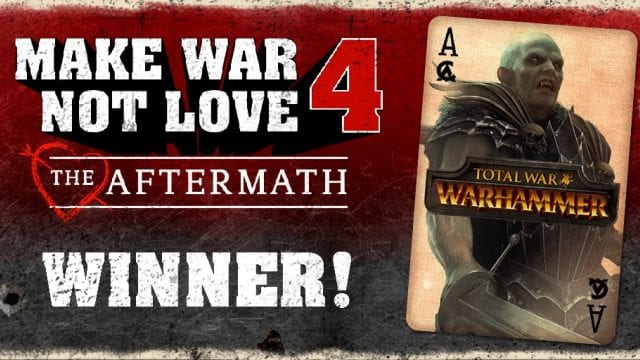 The question of whether Total War: Warhammer will be releasing Isabella von Carstein as free DLC has been answered in the affirmative. Warhammer triumphed in the still-rather-confusing SEGA ‘Make War Not Love’ event(s), which means Isabella will be set loose in everybody’s game at no cost.

She’ll be added to the Vampire Count Legendary Lord selection screen on 28 February. On that same day, Bretonnia will be expanded as a full faction; also for free. A few of their new units were detailed yesterday, and you can read about those additions here.

It was never really made clear how Isabella’s release would have been handled in the event of Total War: Warhammer’s defeat, so if you’re conspiratorially minded you might wonder whether this whole thing was slanted in Warhammer’s favour to begin with. I’m not sure whether Dawn of War, Company of Heroes or Endless Legend had similar DLC options on the line.

Anyway, whatever the case there, the upshot is the game will have a new, free Legendary Lord at the end of the month.