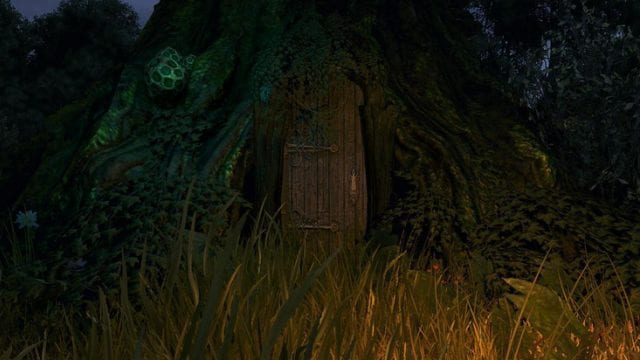 A set of images that seem very much to be Wood Elf themed have appeared on the official Total War: Warhammer Instagram page, along with text and a link to a mysterious contest. The set of six images which make up a forest doorway can be seen here.

In addition, a different account called ‘totalwartrickortreat5’ has the fully compiled image, along with text from a Bretonnian soldier, and a link to an official Total War/SEGA contest of some sort (confirming its authenticity). Here’s what the text has to say:

“I did not see – none of us saw. The arrows flew as from the very trees themselves. My men, they fell, and my legs allowed me to escape. Or did they? Their unfailing accuracy leaves only the conclusion they let me escape, so that I would know…” – Henri Corbeau, Bretonnian Soldier.

That basically spells out that this is a Wood Elf related tease. The accompanying contest (“only 20 people will be entrusted with the forest’s future”) is a bit of an enigma, but does provide the odd clue. On the sign-up page, it is stated that there is no “in-game prize” associated with the draw. Terms and conditions of entry can be read here.

Wood Elves have been long rumoured to be the next major faction expansion for Total War: Warhammer (possibly accompanied by a full campaign release for Bretonnia). This latest work of teasery doesn’t confirm that, but it certainly nods in the general direction of upcoming Wood Elf news.