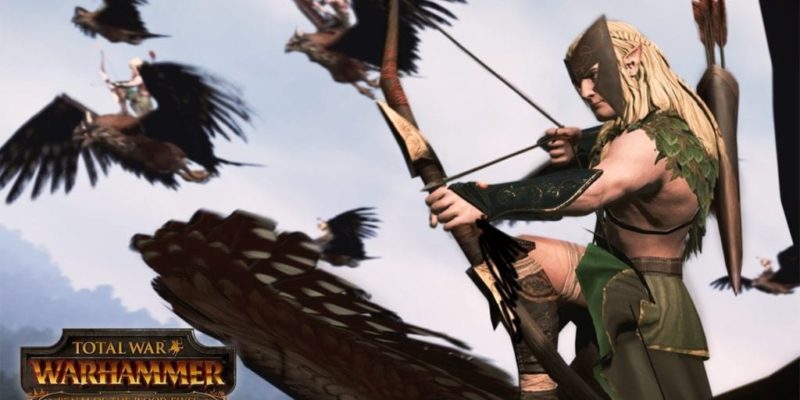 The Realm of The Wood Elves DLC will be available on 8 December and introduces the pointy-eared race to the Grand Campaign as well as giving them their own mini-campaign called The Season of Revelation. Two new Legendary Lords will lead the Wood Elves; demigod-king Orion, and ancient Treeman Durthu.

Coming from the enchanted forests, the bulk of the faction’s forces are glass cannons. Quick, and highly effective in melee, but (treemen aside) lacking in durability. They will now also be the most “most powerful and versatile archers in the game” with magical arrows, the ability to fire on the move, and they come with allies such as the Dryads, Great Eagles, Forest Dragons and ancient Treemen.

By the sounds of it, the faction will get their own special campaign victory conditions as well. Wood Elves can conquer any territory on the map, but can only build things of any significant within the forest of Athel Loren (elsewhere, they just put up outposts). Within Athel Loren, resides the Oak of Ages. Taking this to Tier 5 initiates the The Battle of the Great Oak, a fight between Wood Elves, Beastmen and Chaos. Survival in this battle is the main campaign objective for the forest folk in Total War: Warhammer.

The faction also has a special currency, Amber, which is needed to recruit certain units, unlock technologies, and nourish the Oak of Ages. Gold is still used, but alongside Amber.

The DLC is available to pre-order now on Steam. Here’s the reveal trailer…

EVE: Valkyrie now available on Steam for the HTC Vive