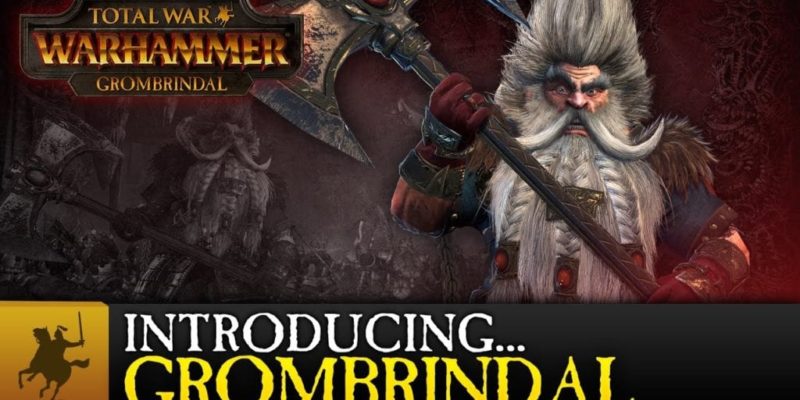 For those still wondering what the whole deal is with Grombrindal (the White Dwarf), there’s a new Total War: Warhammer video out detailing a bit of backstory. I say ‘a bit’, because he’s something of an enigma.

A legendary figure, Grombrindal is said to appear on the eve of great Dwarf battles, throw himself into the fray to ensure that the beardy ones win, and then vanish again as mysteriously as he appeared. He could be the reincarnation of a great Dwarf King, or perhaps the betrothed of a Dwarf Goddess. Either way, this trailer shows he’s outstanding at punting goblins into space with his axe.

Creative Assembly have detailed how to get hold of Grombrindal as a Legendary Lord in Total War: Warhammer. Short version: buy November’s White Dwarf magazine for a code, or go inside an actual Games Workshop store and ask for one. Alternatively, wait until 2017 when he’ll be free DLC for everybody. Here’s the video.

Diablo 3 Season 8 is now live for all regions