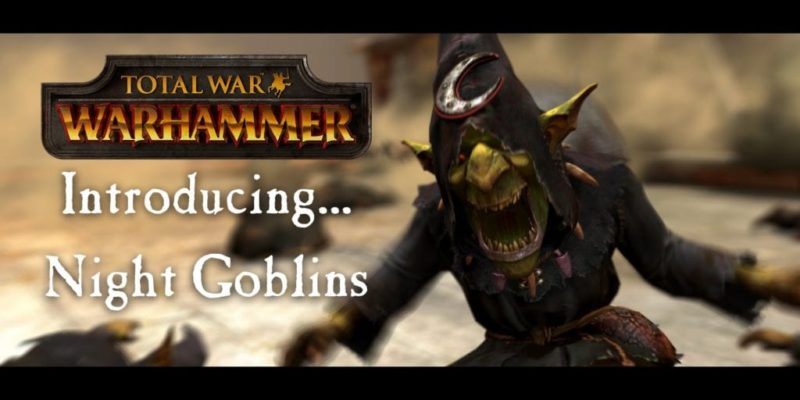 A new Total War: Warhammer video is in town, giving a brief overview of the cave-dwelling Night Goblins. It’s not really a gameplay video, more of a narrative monologue over some concept art and animation.

For those unfamiliar with the Night Goblin Warhammer mythos, it should offer some enlightenment about the greenskins’ cultivation of various dubious mushrooms. The most potent use for a ‘madcap mushroom’ brew is to shove it down the neck of some unsuspecting goblin, giving him a massive ball-on-chain, and pushing this ‘Fanatic’ towards the enemy during the heat of battle.

In the tabletop game (at least the edition I played, a decade or so ago), getting your Night Goblin units in range to deploy their Fanatics was basically tactic 101. It’s good to see them making an appearance in Total War: Warhammer as (presumably) part of the broader Orc and Goblin faction.

Have a look, below. Total War: Warhammer is due next year, on 28 April. This video ends with a promise to unveil the campaign map from the game “soon”.