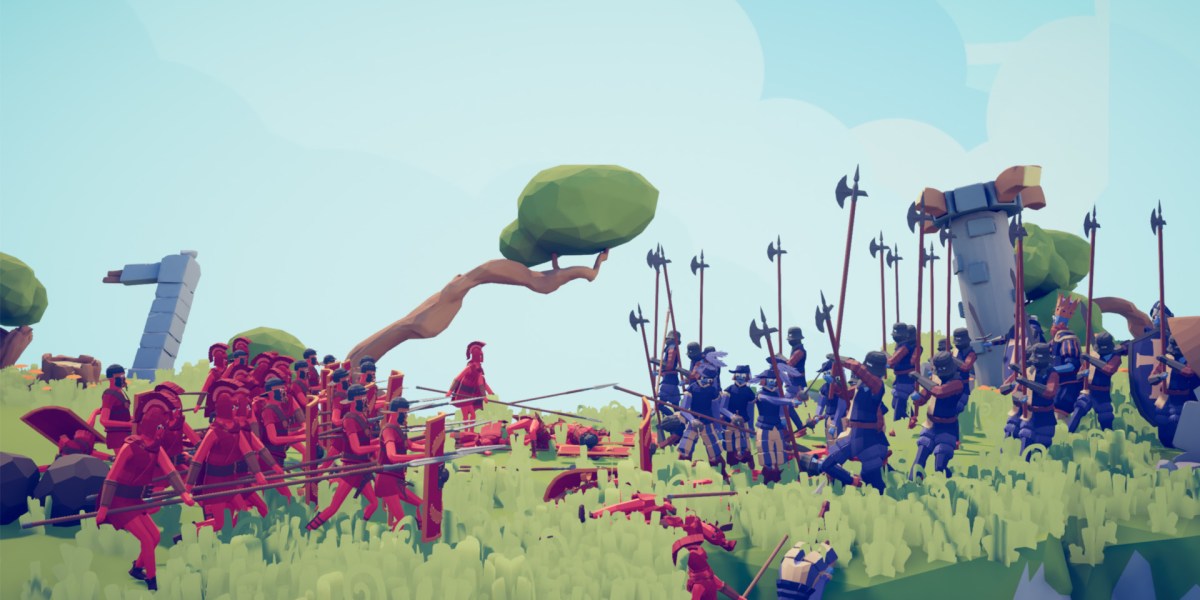 Totally Accurate Battle Simulator missed its end of 2020 release date and has only now made the move from Steam Early Access to version 1.0. Maybe it was a result of Covid-19? Or maybe Landfall just really liked the idea of releasing things on April 1.

The TABS 1.0 release adds online and offline multiplayer to the physics-based battle simulator – one of the game’s most requested features. There are also two new factions entering the fray, two new maps to simulate battles on, and two new campaigns to play through.

With Totally Accurate Battle Simulator 1.0, the game also gets achievements, the option to see health bars, and Twitch integration. The TABS UI has also been given a redesign for the full release. According to the announcement from Landfall, there’s still more to come for TABS. So, keep your googly eyes out for more.

Totally Accurate Battlegrounds is no joke

It’s fitting that the spinoff from TABS, Totally Accurate Battlegrounds, has gone free to play as of April 1. The battle royale version of the zany physics-based tactics game was originally released in 2018 as an April Fool’s Day joke. Much to Landfall’s surprise, it quickly generated a passionate community. Now, it’s here to stay.

As the trailer will tell you, the update for Totally Accurate Battlegrounds is massive. There’s a new map, an arsenal of fresh weapons, attachments, and all manner of explosive surprises. The array of weapons showcased in the trailer do look like a lot of fun.

That’s not all for Totally Accurate Battlegrounds. On April 19, the battle royale will get an update that stocks the shop with a collection of new cosmetics. A free season pass with loads of rewards will become available at the same time. Players will also be able to purchase the premium pass for even more rewards.

If the update looks interesting, you can check out more on the two games on Steam.