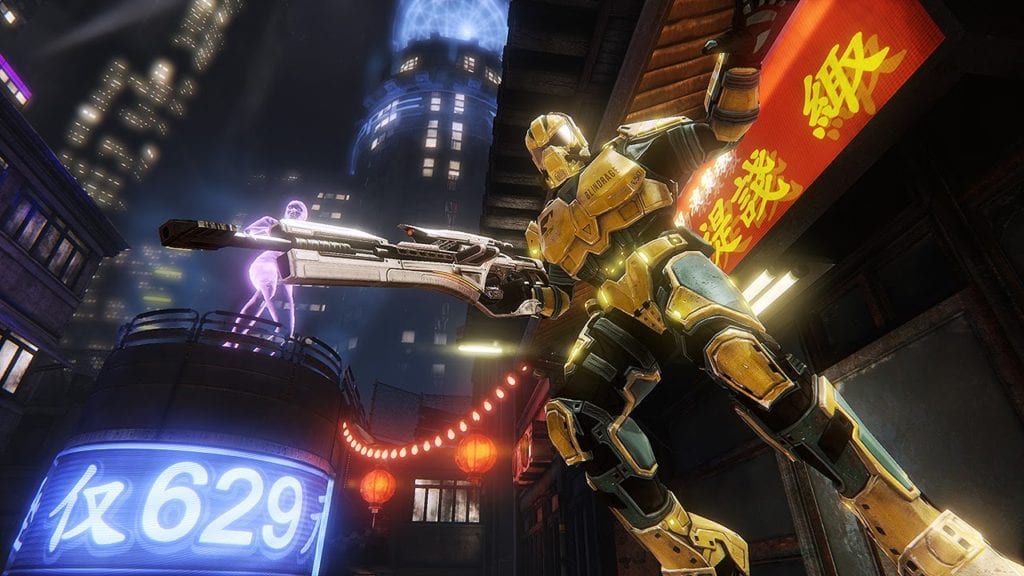 That blue mark denotes a makeshift starting line for some movement tests.

TOXIKK developers Reakktor Studios love talking about FPS movement almost as much as they love the letter K. So, a lot. In this new ‘making of’ video released by the team, they go fairly in-depth with the movement model and special maneuverability possible in this 90s-style multiplayer FPS.

It begins with the design credo that the movement model had to come first. Apparently, they were thinking about this stuff before a line of code was written; and the assertion that there’s not much point trying to construct Arena Shooter levels until you have the movement down seems to make sense.

After that, they get on to the basics of TOXIKK’s movement: jumping, crouching, running. Then, a quick look at the double-jump and dodge (essentially a sideways strafe) moves.

The more advanced stuff picks up around the 4 minute mark. If you’re familiar with how movement in this style of FPS title works, you might just want to start there. Combining the dodge and double-jump motions can shave valuable seconds off your traversal times around the map. This combo is described as the “bread and butter” of swift movement in TOXIKK.

Wall-dodging (bouncing off wall surfaces) gives you a pretty sizeable distance jump too. And, naturally, rocket-jumping is in there. Have a watch, below.