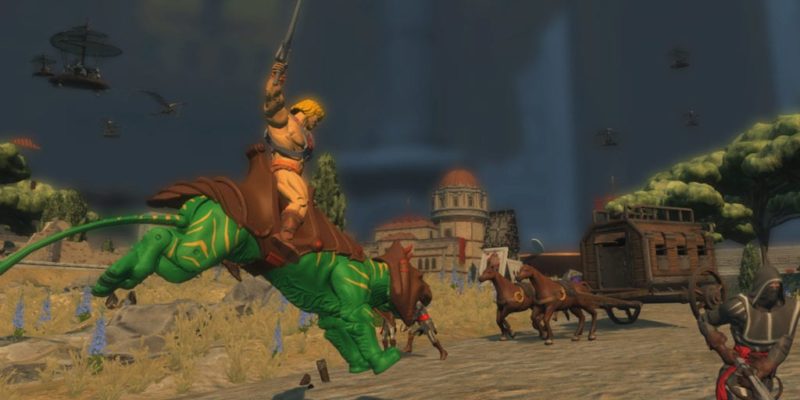 Toy Soldiers: War Chest apparently comes out today on PC, but if you can find a digital version on either Steam or Uplay then you have a keener eye than me. Or it came out after I wrote this story.

Update 12 August: It showed up today. Rest of the original story follows.

There are still hours left in the day (in some time-zones, anyway) for Toy Soldiers: War Chest to meet that scheduled 11 August release; but even if it does, this has been an oddly quiet launch.

Immediately post-Gamescom is always a bit of a dicey time to put a game out (with most writers occupied elsewhere). You’d still expect Ubisoft or developers Signal Studios to at least give a twitter mention to the game on launch day, though.

The game currently has a solitary review on metacritic (across all platforms), strongly suggested that review copies never went out.

Toy Soldiers: War Chest is the third installment in Signal Studios’ sort-of-tower-defence-sort-of-RTS series. This one has a few branded toys in it, including He-Man and, um, Ezio from Assassin’s Creed, and a fairly confusing DLC structure.