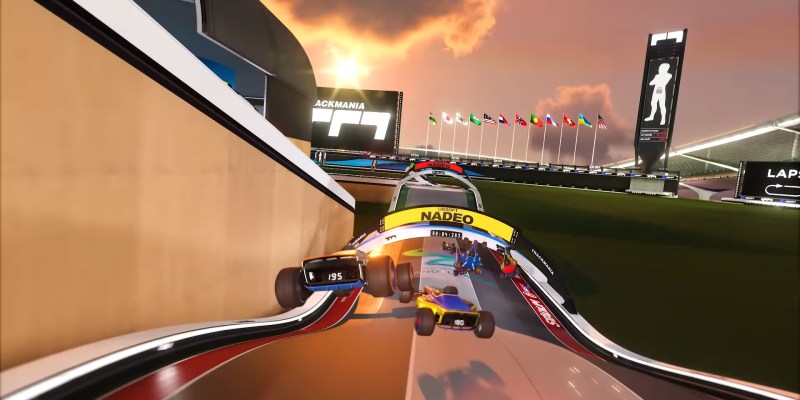 Trackmania isn’t your standard racer. It’s a mix of high-speed adrenaline shots into the air, until strategically (or accidentally) landing on all four wheels again. You can even hit loop-de-loops and drifts at seemingly ungodly speeds. Sounds fun, right? Developer Ubisoft Nadeo originally planned for a May 5 launch. But much like everything these days, it too will see a delay, marking a new launch date of July 1.

Ubisoft Nadeo, Ubisoft’s Paris studio, hasn’t indicated that the current pandemic is the primary cause for developmental delays. Earlier this year, it was announced that the ZrT Trackmania Cup, an international competition, was postponed due to COVID-19.

The developer did offer some transparency into their current work life. The entire development team is currently working from home and is “back to a good level of efficiency.” Even so, the studio acknowledged there was room to “further polish the racing experience, creation and sharing tools, as well as the competition system in Trackmania.” The full letter to fans can be read on the official website.

You might’ve seen the Trackmania name and never journeyed down the path of insane racers. Nadeo was originally acquired by Ubisoft in 2009, marking the start of their relationship that was built on the success of Nadeo and their original development of Trackmania. The current game in development is actually a remake of Trackmania Nations, a game that gained popularity in the free-to-play arena.

The new Trackmania will feature an official season, daily track selections, and newly introduced track-creation options. Another element, something that was not as prominent back in the late 2000s, is the focus on esports.

Trackmania will release on July 1, 2020. It will launch on Ubisoft’s software launcher, Uplay, and on the Epic Games Store. You can check out our original review of Trackmania Turbo when it released back in 2016.

By Sam Robins29 mins ago
News