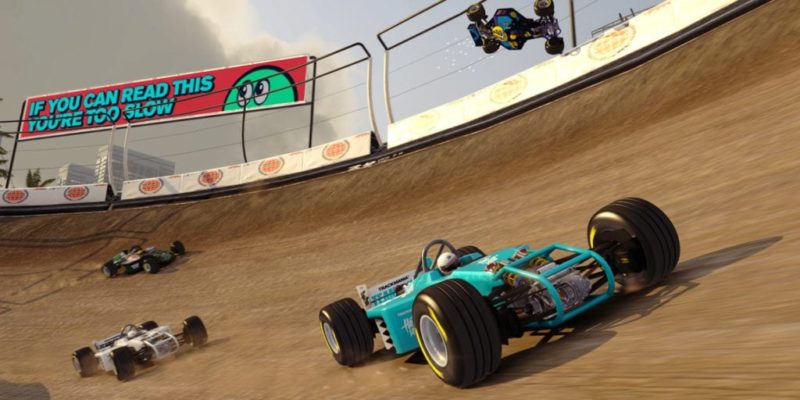 Time to put both your racing prowess and iron-clad stomach credentials to the test, because Trackmania Turbo can now be played in Virtual Reality. The free update has been released today, adding 40 exclusive VR tracks that you can play with either the Oculus or Vive headsets.

Those tracks take place across all four of Trackmania Turbo’s environments (International Stadium, Valley Down & Dirty, Rollercoaster Lagoon and Canyon Grand Drift), and are promising the same wall-running, high-speed loops, and absurd jumps as the regular set of courses. So maybe don’t give this a try if you’re feeling queasy.

A demo version (featuring four tracks) can also be downloaded for free on PC. Amusingly, I couldn’t find it on Uplay, but there’s a big demo button on Steam at least. Ubisoft also appear to have regionally locked the VR update trailer to the UK, so here’s the German version instead.