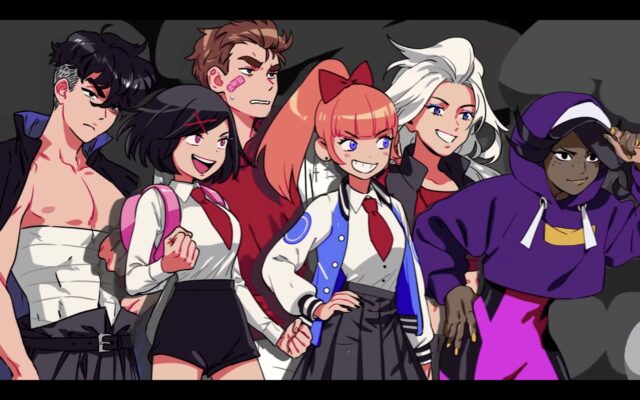 As of right now, no English version of the new trailer exists. Viewers who do not know Japanese will not get anything from the trailer’s text and abundant dialogue. Having said that, the trailer features quite a bit of never-before-seen gameplay, which should excite most fans of the original game no matter the language barrier.

As one would expect, the gameplay appears quite similar to the original game, but it differs in that it features four new playable characters to experiment with. The trailer specifically highlights Kunio and Riki, the Kunio-kun series’ iconic playable protagonists, but it also sneaks in some gameplay footage of Marian and Provie, the two most recently revealed characters. A mysterious villain also makes an appearance at the end of the trailer, so players can look forward to facing this new foe once the game releases.

The dearth of news comes to an end

The new trailer for River City Girls 2 should please fans who felt anxious over the scarcity of news surrounding the game beforehand. But even those who never played the original River City Girls may become interested in the sequel thanks to the trailer’s energetic style and music. Players can expect to experience River City Girls 2 sometime next year. Until then, Arc System Works and WayForward will likely drum up even more hype for the game with new trailers and even potential character reveals.

Windows 11 now available to download, a day early for some users