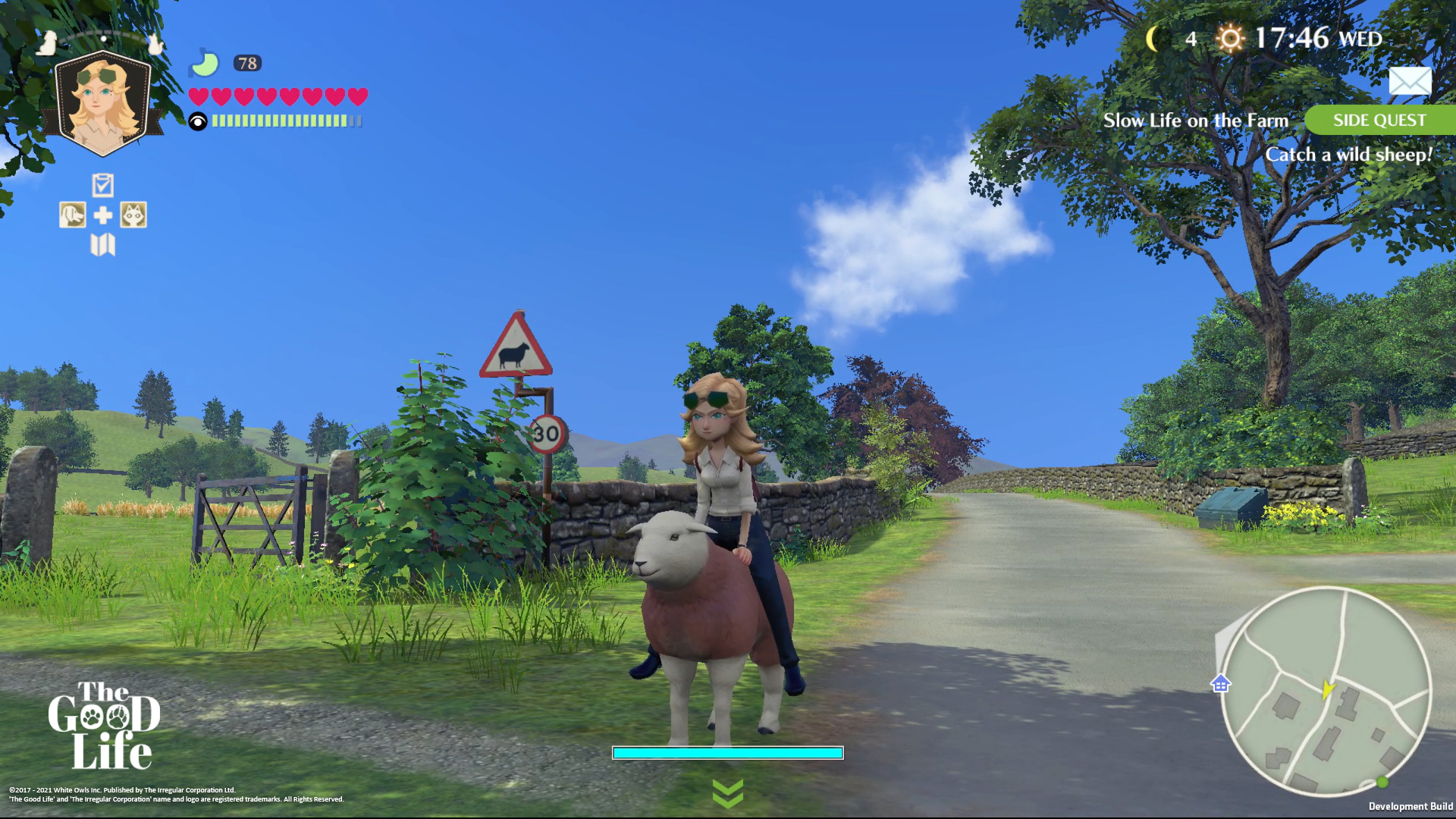 Hidetaka Suehiro, or SWERY as he is most frequently called, has worked on a fair few projects throughout the years. Those familiar with him, likely know him for his 2010 cult classic Deadly Premonition. Although technically unpolished, Deadly Premonition struck a chord with many of those who played it due to the game’s bizarre nature and oddly compelling story. At first glance, SWERY’s latest project The Good Life seems like quite the departure from Deadly Premonition in terms of both tone and premise. But a recently revealed trailer shows that The Good Life may have more in common with Deadly Premonition than one would initially assume.

The trailer, although strange throughout, starts relatively unassumingly. Naomi Hayward, the main protagonist, wanders around “the happiest town in the world” while talking to a large cast of quirky NPCs. Soon enough, the trailer shows off her cat and dog transformations, which allow her to perform tasks that she normally can’t do as a human. She takes pictures of a few NPCs before the trailer cuts to an idyllic shot of the whole town with the game’s title displayed.

Soon afterward, the trailer undergoes a drastic shift in tone when Naomi discovers a woman lying dead in the woods with a large sword stuck in her chest. The trailer lingers on this grisly image for a bit before immediately cutting to a scene of Naomi happily riding a goat across a field.

If the trailer’s wildly juxtaposing tone is anything to go by, The Good Life looks like it will offer quite the memorable and surreal campaign. Fans of SWERY’s work, and Deadly Premonition specifically, will definitely get a kick out of this trailer, even though The Good Life appears quite different from his past projects on the surface. So far, The Good Life only has a release window of fall 2021, so those interested will have to wait a bit longer for a specific release date.