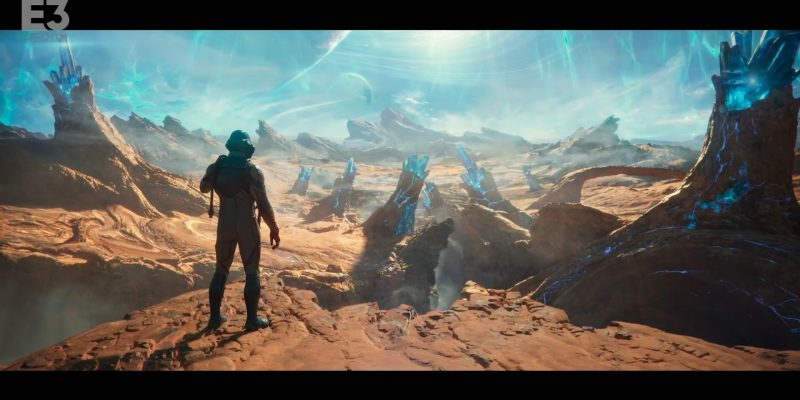 Rumors over the existence of The Outer Worlds 2 have circulated ever since last year. In October 2020, fans speculated that the game entered pre-production. Shortly before E3, rumors of a possible announcement at the anticipated showcase began circulating as well. Those latest rumors turned out to be accurate, as the Xbox and Bethesda E3 stream revealed a debut trailer for The Outer Worlds 2 midway through. However, the game is still in its early stages, so no release date was specified.

The trailer for The Outer Worlds 2 has a self-aware sense of humor, as it pokes fun at the tropes and clichés commonly used in game trailers. A disembodied narrator mocks the cinematic techniques used in the trailer, and he makes note of several assets that are either unfinished or will go unused. An enormous monster appears before the narrator claims it will not appear in the final game. The player avatar appears standing over a cliff, but the narrator notes that only their silhouette shows up since the design remains unfinished.  At the end of the trailer, the narrator outright admits that the title is the only asset the developers have actually finished at this point.

What the game could be

Since The Outer Worlds served as an entirely player-driven adventure with multiple unique events and outcomes depending on the decisions made, The Outer Worlds 2 will likely function as a standalone story largely separated from the canon of its predecessor. The game will likely share some of the original game’s plot and gameplay elements, which focused on exploring lush alien landscapes and either fighting or joining forces with the establishment. Ultimately, though, since the trailer made it clear that The Outer Worlds 2 is in early development, only time will tell whether any potential speculation on the game will turn out as accurate.

Monomi Park reveals Slime Rancher 2, a sequel to the 2017 original