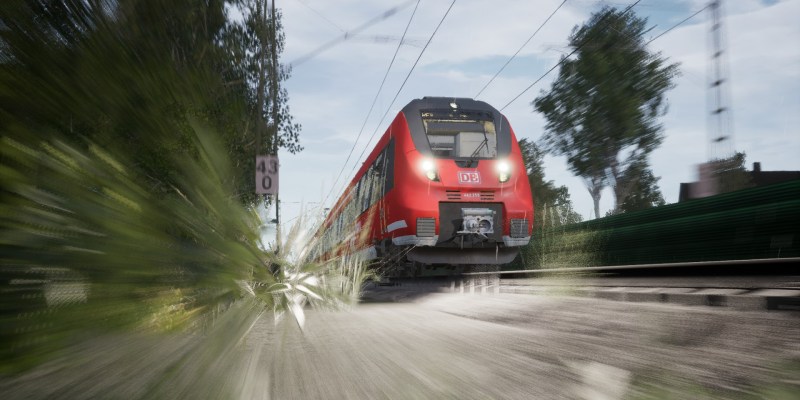 Anybody remember Thomas the Tank Engine? That show was awesome! I don’t know why I found stop-motion model trains so entertaining, but to this day, I’d still go back and watch that show without hesitation. It solidified my love for the rail-bound machines at a young age. Combine that with my love of simulators and you have yourself the textbook example of a guy that will sit down for hours playing with virtual trains. Train Sim World 2 has a pretty neat take on the concept, offering a more in-depth and immersive set of gameplay mechanics than the typical sim experience. For those reasons, it should be commended.

The heart of the experience is, of course, controlling each locomotive. The level of complexity is particularly interesting. It’s not overwhelming but neither is it as simple as pressing a few on-screen buttons in a 2D menu. Almost every button, lever, switch and handle inside the train do something. Whether it’s controlling the brakes, throttle, electrical systems—if you want to manipulate your train in a way that a real engineer would, Train Sim World 2 gives you the option to do that. Alternatively, you can simply stick to pressing a few buttons on your keyboard/controller and still have a grand old time watching the scenery pass you by.

Just don’t be like me and shift your glance down to your phone for more than a few moments. It’s surprising just how much ground a train can over in only a few seconds. Next thing you know, you’re having to wait three minutes for it to come to a complete stop before you can shamefully reverse it back to the station platform that you carelessly whizzed past. Thomas didn’t prepare me for that! 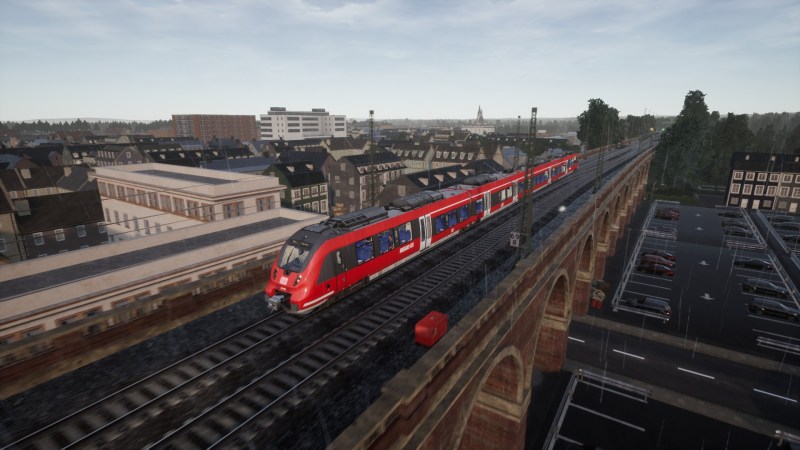 But, what really makes Train Sim World 2 a different experience than any of the other railroad sims that I’ve played is its high level of interaction with not only the trains but also the world around them. You’re not confined to the cockpit of your locomotive; at any time you feel like, you can simply hop out of the driver’s seat and walk completely around the train and the environment.

There are even little tasks at most of the station to complete on-foot, such as pasting route maps and replenishing first aid kits. You’ll also occasionally hop out to complete operations like uncoupling a set of cars, refuel the train and change signals. This wasn’t a hugely necessary mechanic to have, but it’s a good change of pace versus the usual affair of only driving the trains. Alas, train driving is still the core of the experience after all.

Out of the box, Train Sim World 2 includes three different lines to play through. Each of these is in different countries: the Schnellfahrstrecke Köln line in Germany, the London Underground in Great Britain, and the Sand Patch Grade in the United States. Not only do they all look different, but each line also has its own unique playstyle, which does add to the game’s overall variety. 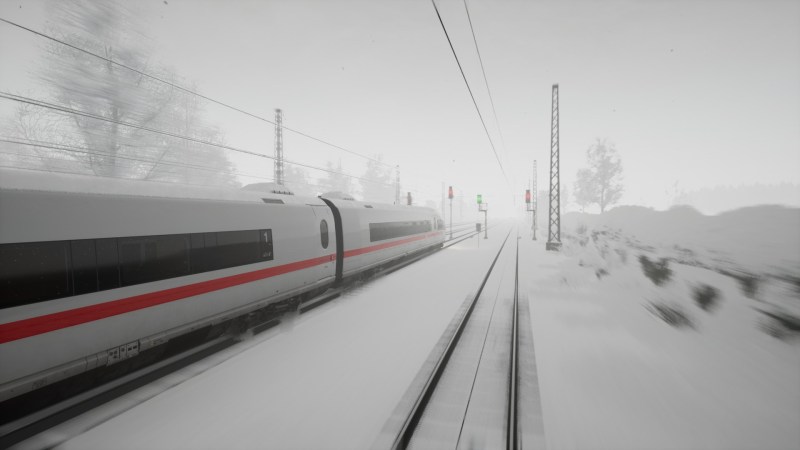 Train Sim World 2’s Schnellfahrstrecke Köln in Germany puts you in control of two different types of high-speed passenger locomotives, including the DB BR 406 ICE 3M. This particular loco has been available in several other train sims of the past, but the level of detail here is really impressive. As mentioned before, you really can manipulate every aspect of the trains. It’s satisfying to go bombing down the line in the frigid German snow at nearly 200 MPH, come to a smooth stop and lightly tap the passenger door release switch, before rocketing off again.

These high-speed trains offer the challenging experience of keeping a timetable while also making sure what you learned in physics class doesn’t get too rusty. Every train abides by the same rules of taking longer to stop than the typical vehicle, so when you’re piloting one of these locomotive rockets you need to account for distance/speed. I learned that applying the brakes when you’re about a half-mile away from the platform is a little bit of a sweet spot for coming to stop in the right spot.

But other factors are always at play, such as the gradient of the track, and weather conditions. For instance, stopping in snow/rain will obviously take longer than in sunny weather due to the train wheels having less grip on the track. With all of these factors at play, the scenarios in this line offer a healthy mix of speed and challenge. 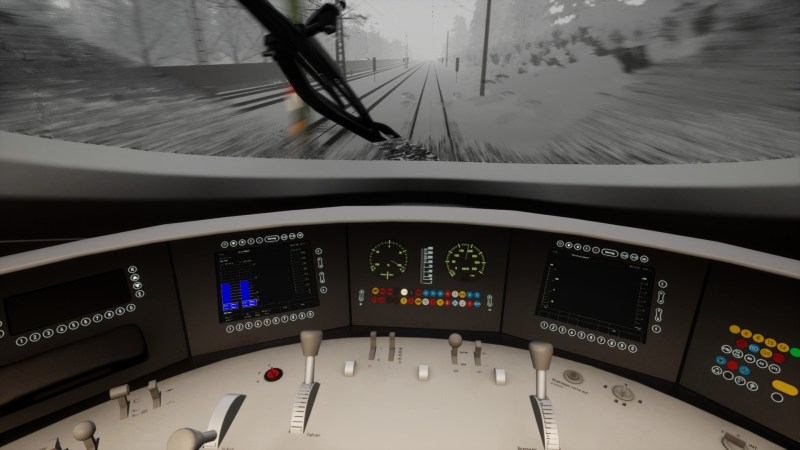 The interactivity of Train Sim World 2 is simply cool to play with.

Having established that, keep in mind that completing the average session will usually take 30-45 minutes, sometimes more. Thankfully, you can save your progress for one scenario at a time and jump back into it later on if you need to split up your time. That said, I found my sessions in the Schnellfahrstrecke Köln to be the most engaging. That isn’t to say the others here in Train Sim World 2 are anything to overlook, however.

Cargo hauling in the USA

Oh America, you must everything with you about being big and loud? Jokes aside, its true that the trains that you’ll be running in the Sand Patch Grade campaign are larger than the others. These heavy hunks of metal are diesel-powered, freight-shunting behemoths that were built to haul lines of cars that are literally miles long. You’ll be working for the very real rail transport company of CSX as you shunt rail cars, haul coal, and perform other cargo operations in the US state of Pennsylvania. The Sand Patch Grade map is filled with hills, valleys and rivers, along with beautiful farmland and countryside towns. Indeed, the quaint scenery is in stark contrast to the lumbering locos that charge through them. But this juxtaposition is fitting, somehow. 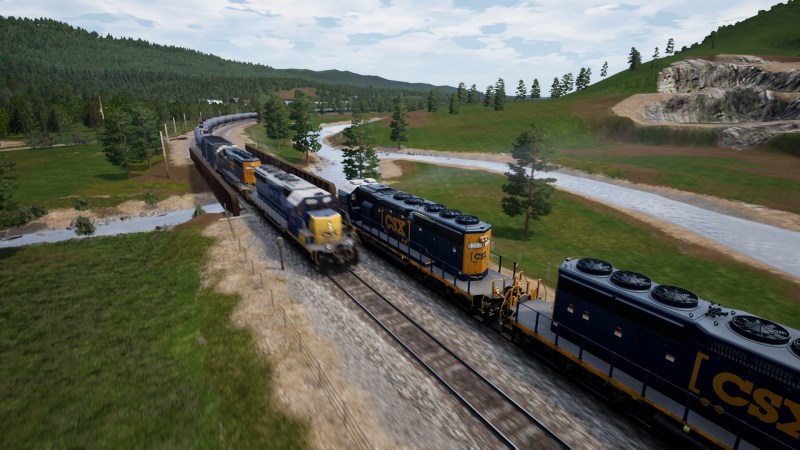 The Sand Patch Grade campaign offers a different experience compared to the other two with its focus on cargo transport. It’s far slower, however.

The missions here are in stark contrast than of that in Germany. As you might expect, cargo trains aren’t exactly known for being speeding bullets. The scenarios here are far longer and more slow-paced. There are times when you’re just crawling along at 10MPH or less as you back into a siding to couple to a set of railcars, or moving back and forth in a yard repeatedly as you shunt the different cars around to prepare them for their upcoming jobs.

Sand Patch Grade is probably the most “pure” feeling of the three scenarios, as it requires far more patience and understanding of Train Sim World 2’s mechanics. Not only are these missions more slower-paced, but they also feel more hands-on. What particularly made me realize this was when I started playing the first true mission after the initial tutorials. I was handed the controls of a locomotive I had just spent several minutes getting acquainted with, and the task was simple—pull out of the depot, go to the yard and start shunting some cars.

Would you believe I spent nearly a half-hour doing nothing? For the life of me, I couldn’t get the loco to start moving. Engines on, brakes released, reverser forward, throttle turned up…what am I missing? One. Little. Button. All it took was me not pressing one little button for me to spend several minutes thinking Train Sim World 2 had a serious bug. The Generator Field switch was not activated, which made no power transfer to the train, thus causing it not to respond. A checklist system a-la Microsoft Flight Simulator would be great here, for this reason alone.

Rolling and clanking under London

The London Underground Bakerloo Line has its own set of passenger train missions, though it’s a different vibe than its German counterpart. For starters, as the name suggests, you’ll spend a lot of time crawling through the tunnels that run underneath the city of London, occasionally rising to the surface to view little pockets of the beautiful British town.

The trains that run this line are far older (literally coming out of the 70s) and slower than in the German campaign. Even so, the pace is still quicker than that of Sand Patch Grade. This leaves the London Underground missions feeling like a middle ground between the other two lines. The locomotives here are relatively simple to operate, and the whole process is a lot less intimidating now that you’re not hurtling down the track at 200MPH. 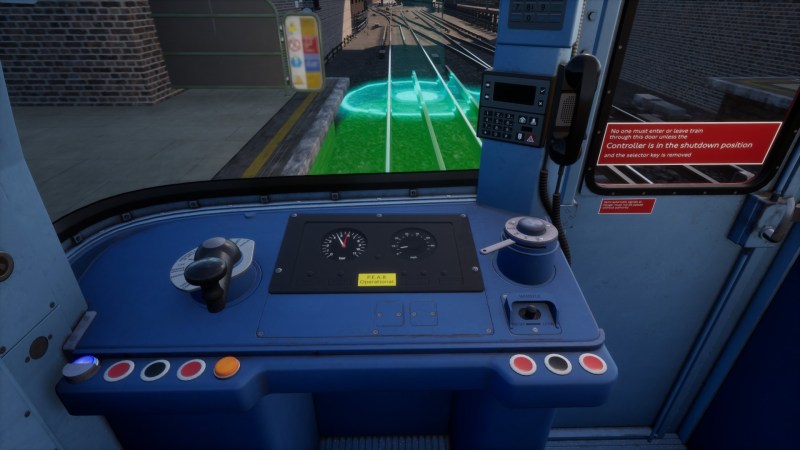 The London Undeground offers a slower take on passenger operations with lots of tunnel runs.

It’s interesting how the retro theme of the train is preserved so well here in the sim. The pastel-colored palette of the interior, angular design and simple controls scream that this is indeed a beast from 40 years ago. Nonetheless, it’s still cool to operate, especially considering that so much time is spent below ground. Your lights definitely become your best friends here.

Taking on the world of Train Sim World 2

Train Sim World 2 has a lot going for it in basically every area. Aside from the engaging gameplay, the visuals are also really nice. Environments are well detailed with little touches like moving vehicles, textures are mostly sharp, and the train models are really slick, both inside and out. The constant shuffling of passengers is also a nice touch, and their models (though repetitive), still look nice.

The voice acting is also really nice, and it’s a joy to listen to the different instructors as they guide you through various tasks. The little tooltips that appear for every interactable object is also a nice touch, which goes back to the point I made before about this sim being both inviting and complex at the same time. Whether you’re an enthusiast or just a curious beginner, you’re bound to get some enjoyment out of Train Sim World’s wealth of long-form scenarios. 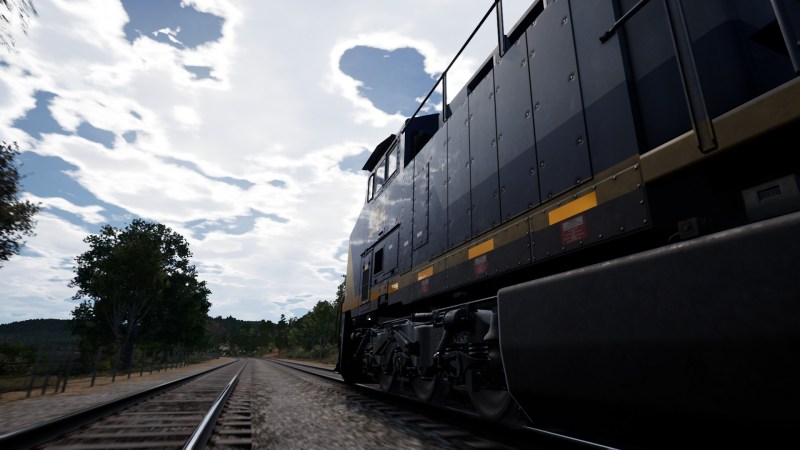 Complex, yet caring. Engaging, yet hands-off. Train Sim World 2 is an interesting mix.

While the flood of DLC is the one thing in your way of having a hugely expansive experience, the core simulator itself is still well built. It charges past simulators of the past and sets a great precedent for the future. You can purchase the game on Steam for $29.99 USD or on the Microsoft Store for $25.49 USD.

Train Sim World 2 comes with a decent helping of long-form missions that offer a good balance of challenge and complexity. It's simple enough for anyone to get into, but engaging enough for a train enthusiast to enjoy. While there are some quirks in the track, this is the most polished railroad simulator I've ever played.