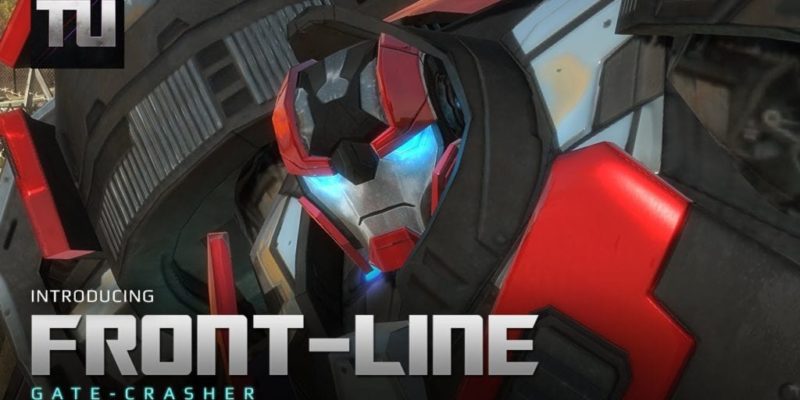 Jagex will be kicking off the beta testing for Transformers Universe this weekend.

Sign-ups are still underway over on the official website where Jagex are inviting players to choose their allegiance and then whack their name down to take part. Beta invites are going out in waves so keep an eye on the little ticker once you’re logged in. Places are limited so it’s worth adding your name down now.

Front-Line is an Autobot brawler. He’s the first in, and the last out, of any fight. He’s a slugger with an instinct for mayhem. Armed with a mini-gun, axe and hammer attack, this is a bot that definitely shouldn’t be messed with.

Conduit is a Decepticon who is part healer and part killer. He’s fully in touch with his darker side and, whilst able and primed to heal and keep his allies fighting for the cause, there’s no mistaking the lethality of his attacks.

These new transformers characters are exclusive to Transformers Universe so you’ll need to be playing the game to find out more about them.