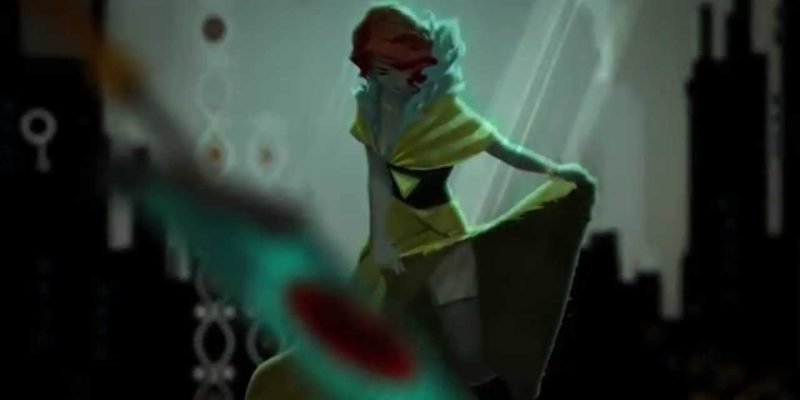 One of the prettiest stabbings ever.

Supergiant’s follow-up to Bastion (not a direct sequel, their next game) is looking as impressive as ever in this launch trailer. It’s not actually launch day for Transistor, of course, that would be too easy. But the game is due out next week, on 20 May, so it’s not all that far away.

It has the same isometric viewpoint as Bastion, but the combat is more tactical with decisions to be made during pauses in the action (at least, that’s what it was like last time I saw some gameplay.) Your weapon, a sizeable and curious sword, is also your guide through the sci-fi themed city. You’ll most likely recognise the blade’s voice; it’s Rucks/Logan Cunningham.

He narrates this trailer, which dwells on Transistor’s four antagonists. Red, our songstress heroine, needs to find them before they do her any more harm.

Jen Zee’s artwork is making a return too, so expect your eyes to be saying “yes, this is an unusual and pleasant treat” as you watch the trailer below.

Hack The City With Your Phone Watch Dogs Prank