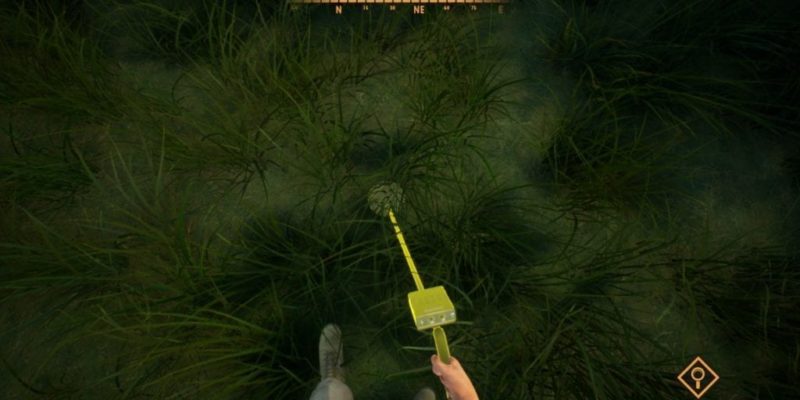 Hunting for treasure is definitely something that inspires a great many games. The search for riches and buried history calls to people of all walks of life when it comes to fiction. When I first saw Treasure Hunter Simulator, I was certainly intrigued by what it might offer. However, since it has “simulator” in the title, I didn’t get my hopes up. Well, now that I’ve played it, I can safely say that, although the game has a strong bedrock to rest on, a series of major missteps pretty much bury it.

The intro to Treasure Hunter Simulator is simple enough. Your uncle has passed, and you stand to inherit a great deal of money. But in order to do so, you’ll need to prove your worth to the executors of his estate by working with groups that find treasure. What? I said it was “simple”, not that it made any sense. Even though the premise falls apart if you think about it for five seconds, it sets the game up well enough.

There are 11 locations for you to explore, and several groups offer you main quests and sidequests in order to unlock them all. The main quests are extremely simple, for the most part. They generally task you with digging up a certain amount of items before telling you where a single unique artifact is. Finding that artifact unlocks the next map. The treasure you dig up can be sold, and completing quests gives you prestige, allowing you to level up. Once you hit a certain level and have enough cash, you can unlock a new metal detector that allows you to find items you couldn’t find otherwise. This is all done via your laptop in your home office, which is kind of nifty.

At first blush, treasure hunting is simple and functional, if a bit iffy. You’re dropped into a level and are meant to wander around until an icon of a magnifying glass appears in the bottom-right corner of the screen. Once it does, you can then switch to your metal detector. As you get closer or further from the dig spot, the icon fills up. Once you’re right over the dig spot, your metal detector lights up and the game allows you to dig. Treasure Hunter Simulator does not allow you to use your metal detector or shovel whenever you want, though.

For the first map, which is in Bavaria, this all actually works fairly well. I spent a fair amount of time wandering the entire map and digging up everything I could. There were items to find all over the place, and I could generally tell when the detector lit up. The game is actually really nice-looking in a lot of ways. The graphics really capture the ambiance of nature, with rolling streams and leaves flowing in the wind. Unfortunately, Treasure Hunter Simulator has severe performance issues. Every time I finished digging up an item, the game was hit with massive framerate drops. Sometimes the game would start chugging randomly, too.

The first main quest is to dig up five pieces of trash in order to clean the place up. The group contacting me wanted a permit to dig and, for some reason, had to dig up a few metal scraps in order to get it. Once again, that makes absolutely no sense but whatever. Sidequests didn’t fare much better. One wanted me to race from one checkpoint to another in order to find the fastest route from point A to point B. It’s a little out of place, but there had to be something else, I guess. The next sidequest wanted me to take pictures of three different kinds of flowers. I thought that was a nice touch.

The Game Hopes You Like Finding The Same Treasure Everywhere

At least, I thought that before I saw how it worked. There were several of the flowers sprinkled throughout the level, but taking pictures of them didn’t get me any kind of feedback. So I kept wandering and taking pictures of the other flowers, assuming that it counted them without telling me. That is, until I happened to see a floating camera icon out of the corner of my eye. Approaching it, I realized that the icon was next to one of the flowers I needed a picture of. Treasure Hunter Simulator doesn’t recognize when you take photos of certain things, therefore it only counts the picture if you take it in a designated spot. This was a really big hint that something wasn’t quite right.

Afterward, I accepted the quest to dig up a rare artifact: an old, priceless German helmet. Treasure Hunter Simulator supplies you with a photo of the area where you can find the artifacts. The first one sat right by a log cabin that’s pretty hard to miss, so I found it without trouble and quickly unlocked the second level, Slovakia. I was actually fairly pleased with the Bavaria level overall. But after entering the Slovakia level, my enthusiasm vanished.

While the Bavaria level was fairly open and a good size, Slovakia is an extremely long river path that almost exclusively requires you to just walk forward until you reach the end. And there’s barely any treasure to find. You’ll spend the majority of your time in that level just walking without digging up anything. And when you do find something to dig up, Treasure Hunter Simulator lets you in on its next big surprise: the levels appear to all have the same treasure. Treasure varies only by the depth capabilities of the metal detector you use, so the bullet casings I found in Slovakia were the exact same as the ones I found in Bavaria.

The Game Really Falls Apart After A Little While

The first main quest in Slovakia required me to dig up five artifacts. This was annoying due to how uncommon it is to find dig spots in Slovakia. On top of that, even when you do find something, the lighting in the level makes it borderline impossible to tell when the detector lights up. I had to resort to clicking rapidly any time I was searching for a dig spot in the hopes that I’d stumble on it. And then there’s the fact that some of the artifacts spawned under objects you can’t stand on top of. I wasted multiple minutes trying to get the magnifying glass icon full, only to discover that it wasn’t possible to dig up the artifact at all.

Another Slovakia quest tasked me with taking a photo of the big waterfall at the end of the path. I knew this because my job instructions included a photo of the waterfall. If you’re wondering why anyone would need you to take a photo of a waterfall that they already have a photo of, well, your guess is as good as mine. And my guess is that the developers absolutely didn’t think this through.

The worst insult was yet to come, though. Upon getting my photo hint to find the unique artifact, I was surprised. The photo included was completely nondescript, only showing a rocky surface and some foliage. I looked for an hour and couldn’t find where to dig. The photo was insanely vague, and I couldn’t unlock the next level. Slovakia also included a “find the fastest route” sidequest. However, I couldn’t find where the end point was, and the game made absolutely no attempt to tell me.

Treasure Hunter Simulator shows some promise early on but then slowly falls apart to reveal a really questionable, baffling product. The item descriptions are also loaded with typos so obvious that even a cursory glance should have caught them, but I suppose the devs didn’t have time to proofread when they were busy not finishing their game. The premise is intriguing, sure, but this is certainly a game to be wary of. I’d like to hope that the devs will buckle down and fix some of these problems. However, I’m not holding my breath.

Subnautica Is Now Free On The Epic Games Store