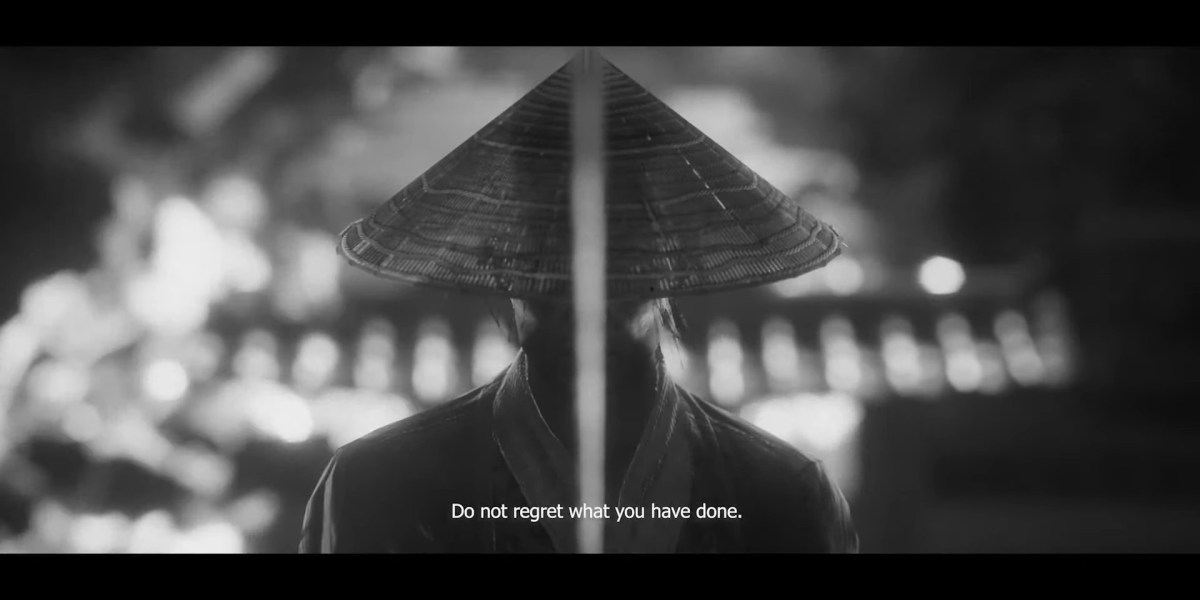 In addition to the scripted weirdness we expect from a Devolver Digital event, we also got some new game announcements. The Trek to Yomi trailer was the first thing shown off. Well technically Nina ate a chili dog before that, but that’s besides the point.

In this stylish Trek to Yomi trailer reminiscent of black and white Kurosawa films we a lone samurai making his way through a 2D side-scrolling environment cutting down all in his path. You play as a swordsman named Hiroki. Hiroki makes a vow to his dying master to protect his village against the monstrous beings that threaten it. Hiroki will travel beyond life and death to confront not just monsters, but his greatest enemy, himself.

The game has a strong focus on camerawork and visuals rooted in classic Kurosawa films. Hiroki will fight normal humans, as well as supernatural beings, using a variety of real samurai weapons. As well as a soundtrack meant to evoke those same classic samurai films and the age of feudal Japan. We have been spoiled lately for games based in feudal Japan, most notably Ghosts of Tsushima. But the aesthetic is so rich that it is still exciting to see something new use it to its advantage.

The developer, Flying Wild Hog, also developed Shadow Warrior and Shadow Warrior 2. As well as its various DLC expansions. So the team definitely has a firm grasp on action. It will be interesting to see how that translates into a 2D action game. The game is scheduled to release sometime next year in 2022. You can also wishlist the game right now on Steam. It was interesting for the Devolver Digital showcase to start off with such a serious looking game. But it went right back to the weirdness immediately after. Much to the enjoyment of everyone watching.