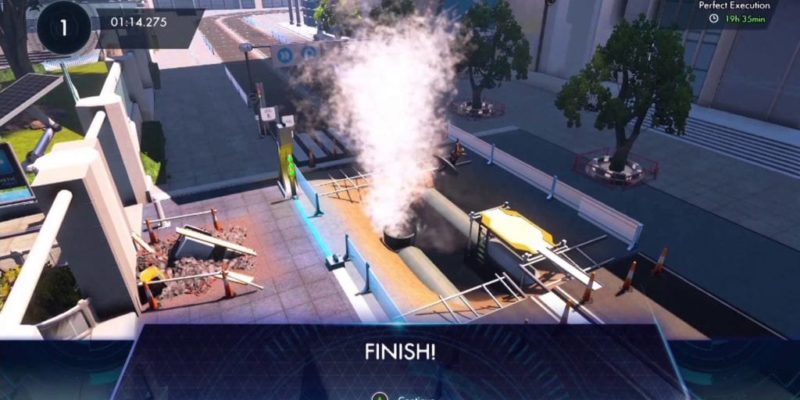 Don’t look directly at the sun while driving.

The update to Trials Fusion that you may have noticed today is a free one that adds online tournaments to the game. RedLynx say this is the “first of many” additions planned for the pipe-hoping, balance-testing title.

Each online tournament will run for a limited time, during which it will be your task to place as high as possible on the leaderboards (kind of like all the other parts of Trials Fusion.) Prizes will include bike and rider gear, cash (of the in-game variety) and experience points. Tournament runs aren’t a one-shot deal, so you can keep coming back and attempt to improve. Then try again. And, if I know Trials, again.

Alongside the tournaments, RedLynx have pulled out ten player-created tracks from across the release platforms to distribute to everybody through the Track Central area. No sign of any head-to-head multiplayer though, sadly.

This stuff is all separate from the ‘Season Pass’ DLC and is completely free. Here’s a mini-trailer.

Star Citizen hires someone for best job title in the world

Instant access to the Battlefield: Hardline beta for all PC gamers