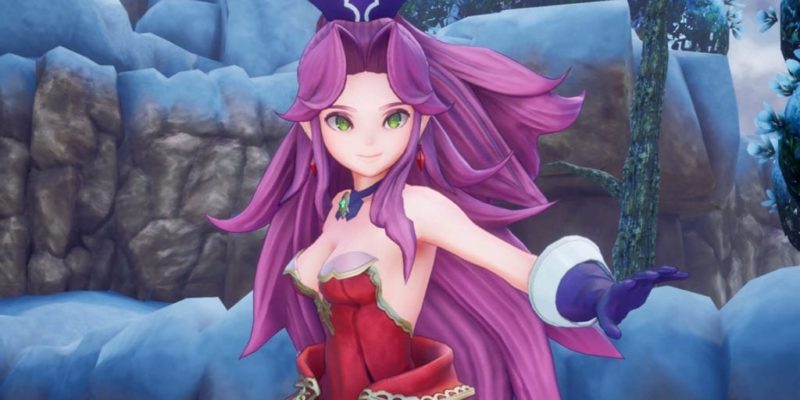 In an interview with Famitsu at E3 2019, the producers of the recently announced Trials of Mana, Masaru Oyamada and Shinichi Tasuke, revealed various details about the game and its production process. This entry in the Mana series will release for PC in early 2020.

Trials of Mana is a full 3D remake of Seiken Densetsu 3, the sequel to Secret of Mana. As it turns out, this game only just received an English language localization this week, thanks to the Collection of Mana for the Nintendo Switch (Confusingly, the title of Seiken Densetsu 3 in that Switch collection is also Trials of Mana, but the game coming to PC is totally new).

The original game was a 16-bit RPG famous for its “triangle story” system, which allowed the player to choose a story path by picking a main character and two followers. Each character had their own classes, abilities, and unique stories. Depending on the choices, even the final boss of the game would change. The game’s English title was chosen to emphasize the importance of the heavy and serious moments in the story that the protagonists have to overcome.

Those who have played the original will remember the game for its top-down perspective, its couch coop multiplayer, and a battle system not unlike the one in Final Fantasy XV or Final Fantasy VII Remake — Active Time Battle (ATB) that can be paused to use items and magic commands. The designers of Trials of Mana actually did playtest a 3D version of these systems. However, they found the combination of old mechanics with a new presentation jarring and in need of changes.

Perhaps the biggest change to the game is its shift to full action RPG gameplay. In the new battle system, the player can do combo and jump attacks. They can also dodge enemy attacks, something previously determined entirely by character stats. While the addition of more technical gameplay to the remake has pleased Tasuke, he also assured players that they can still overcome tough enemies by leveling up.

The change to the combat system will no doubt prove controversial among fans of the series. However, the producers justified the change by explaining that the original Mana games were created to provide a “seamless” version of the Final Fantasy ATB system. Internally, they called this the “motion battle” system. The intention was, therefore, to create a kind of action RPG. Trials of Mana is now attempting to realize this goal. 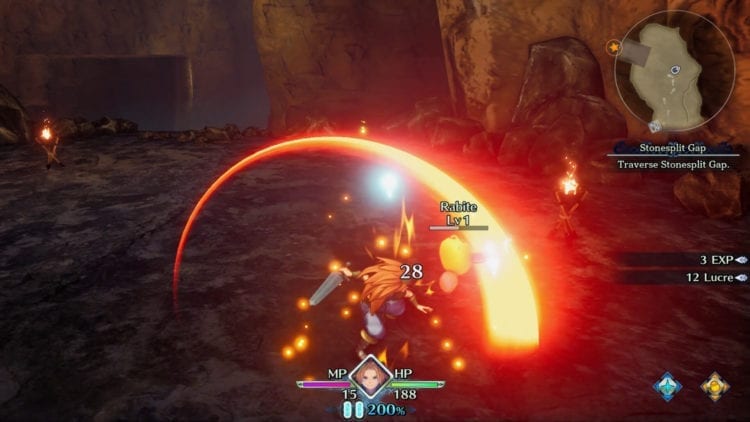 The new battle system in action.

Another important change to gameplay is the addition of a large selection of weapons all the characters can use. Players of Secret of Mana will be familiar with this weapon selection mechanic, but the original Seiken Densetsu 3 gave each character only one weapon. The designers of Trials decided that, for the remake, they should correct this major step back in gameplay. 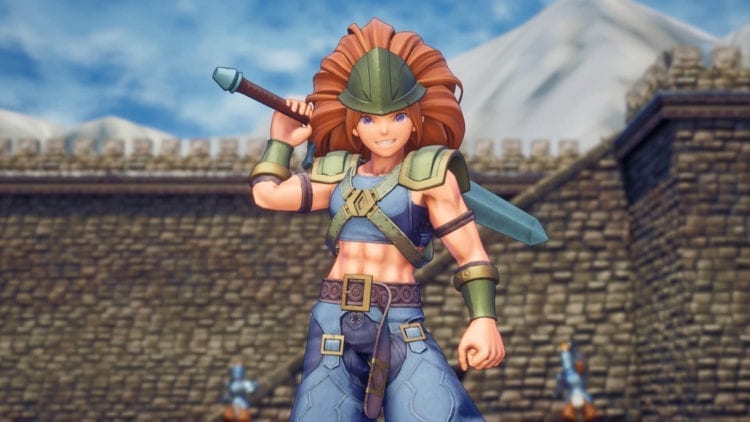 The remake won’t restrict you to just one weapon.

Adding a dynamic player-controlled camera was seen as a necessary update to bring the game in line with design standards that have changed in the 25 years since the original’s release. The 3D perspective also meant properly staging believable cutscenes, instead of relying on the abstraction of sprite graphics that allowed the player to fill in what happens in the scene. This change to the remake required a great deal of new work to realize. The cutscenes will also feature full voice acting. 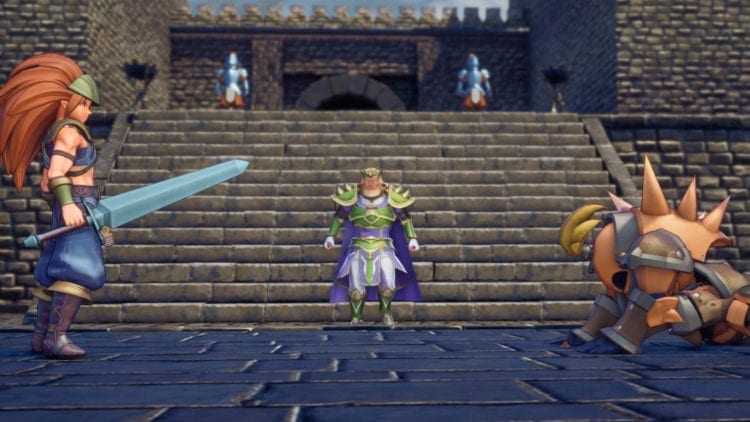 Super Nintendo fans may have fond memories of the couch coop multiplayer of Secret of Mana. However, this will not be returning in Trials of Mana. The reason for this is the change of the camera away from a top-down perspective that displayed the whole battlefield. In playtesting, the dynamic camera made multiplayer awkward. As such, developers decided to cut the feature in order to provide a polished experience. 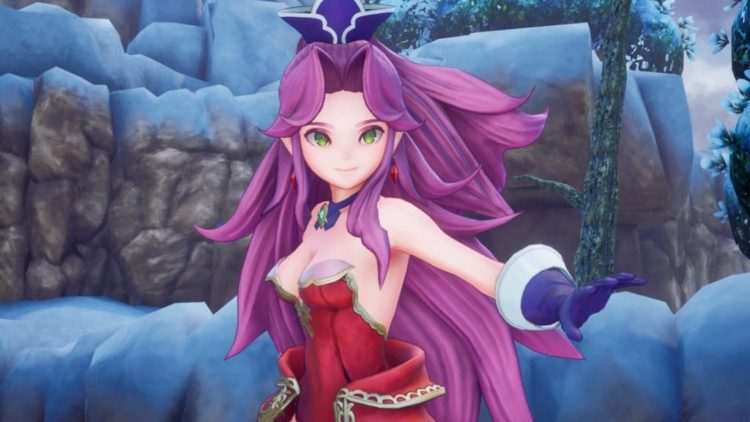 You’ll have three characters in your party, but you’ll be playing on your own.

As someone who has recently returned to both Secret of Mana and Seiken Densetsu 3, I am looking forward to the changes in Trials of Mana. The original games are beautiful but have seriously flawed gameplay. They tend to break up the flow of play and bog players down in pausing and menus. This remake, though, looks to provide a much smoother experience.