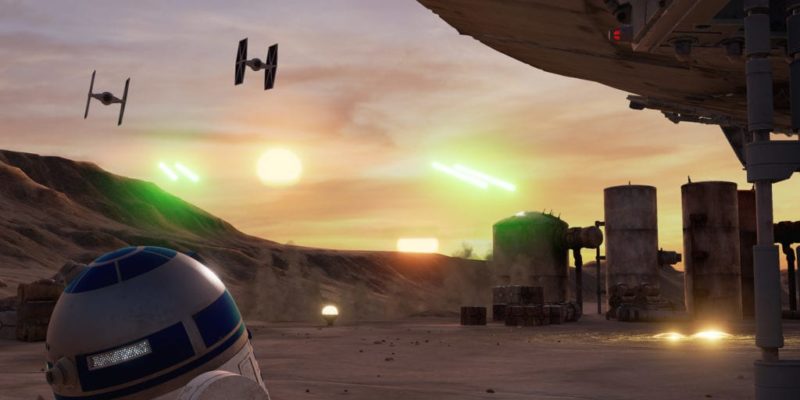 Lucasfilm’s ILMxLAB have released their Trials on Tatooine HTC Vive title through Steam today. It’s a short (and entirely free) VR ‘experience’ game, set after the events of Return of the Jedi. You’ll be repairing the Millennium Falcon and then fending off an attack by Stormtroopers.

R2-D2 shows up as well, so he’ll probably be able to guide some of the repairs. ILMxLAB suggest that Trials on Tatooine “approaches photo-realistic quality” and recommends a suitably powerful PC. Even the minimum specs indicate a decent i5 processor and a 970 GPU. For “recommended” it’s an i7 and a Titan X.

If you happen to have a pair of cards in SLI, the game’s blurb says “will automatically render on two GPU’s if available”. The references are all to Nvidia hardware, so I’m not sure how that’ll go if you’re using AMD.