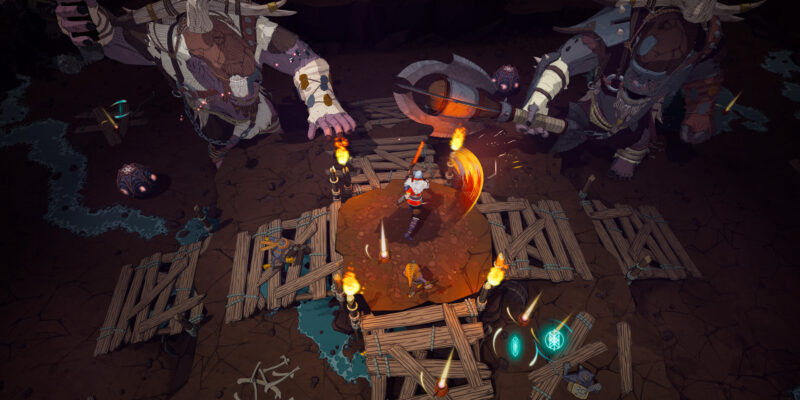 Tribes of Midgard has eight different classes for you to choose from. A couple of these are available by default, and others will need to be unlocked based on specific requirements. These selections can greatly bolster your character’s DPS output and survivability. Here’s our Tribes of Midgard class guide to help you with skills and unlock requirements.

Once you reach level 2 in Tribes of Midgard, you’ll earn a blessing point (i.e., skill point). This lets you select a particular class and subsequent skills whenever you level up further. Just remember that you can only pick one class for each run, so you need to start various games just to try out everything. 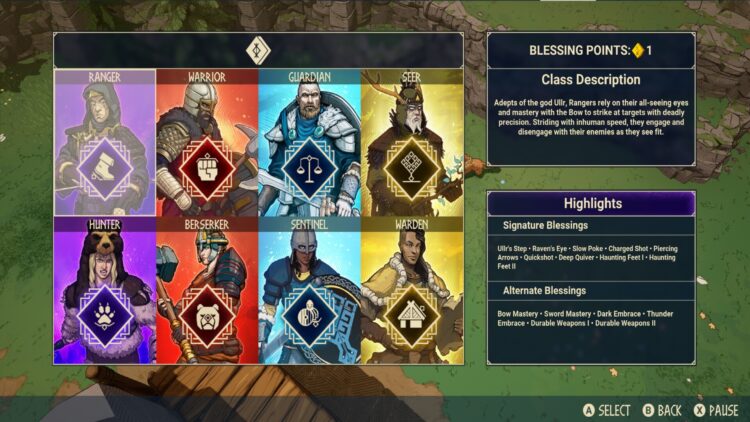 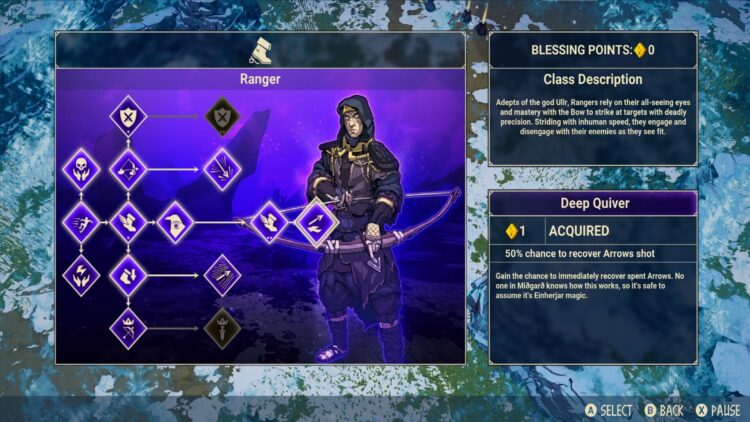 The Warrior is also another class that’s available by default in Tribes of Midgard. It’s got skills such as “Power Within” (extra mana/action bar), “Untamed Ashes” (self-revived when downed instead of getting teleported near the village), and “Final Act” (increases the damage of the last hit in a combo string). 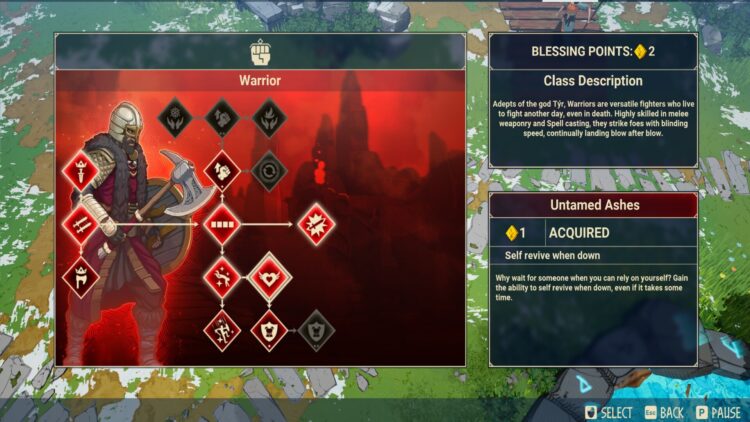 The Guardian requires you to defeat three Jotnar in Saga Mode. You can read our Jotnar boss battles guide to learn more about these giants.

The Guardian emphasizes a defensive playstyle and tanking thanks to its skills. Examples include “Durable Shields I/II” (increased shield durability), “Last Stand” (drop to 1 HP instead of dying), “Laws of Attraction” (taunt enemies when your shield is out), “Defensive Pillar” (block attacks from any direction), and “Passed Judgment”/”Refused Judgment” (gain mana when sustaining/blocking hits). 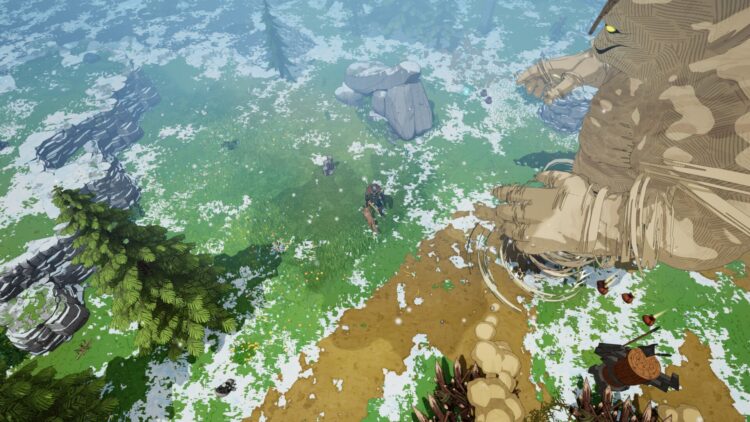 You can unlock the Seer by using the Bifrost to exit a Saga Mode world 10 times. The Bifrost will always be inactive at the start of your run, so you need to defeat at least one Jotnar to be able to use it. You can do this solo or with friends who can help you along. Just wait until the Jotnar is close to the village, kill it, then hightail it outta there using the Bifrost. I wouldn’t advise doing this via random matchmaking since suddenly leaving a game after beating a Jotnar could make other players think that you’re being a jerk.

Anyway, the Seer has a bunch of support skills like “Iðunn’s Seedling” (chance to spawn a seedling after a combo which will heal players), “Yggdrasil’s Roots” (stuns enemies within the seedling’s radius), “Fast Revive” (reduced time required to revive allies), “Safe Revive” (can revive allies without being interrupted), and “Tempered” (nullifies the effects of temperature in certain biomes). 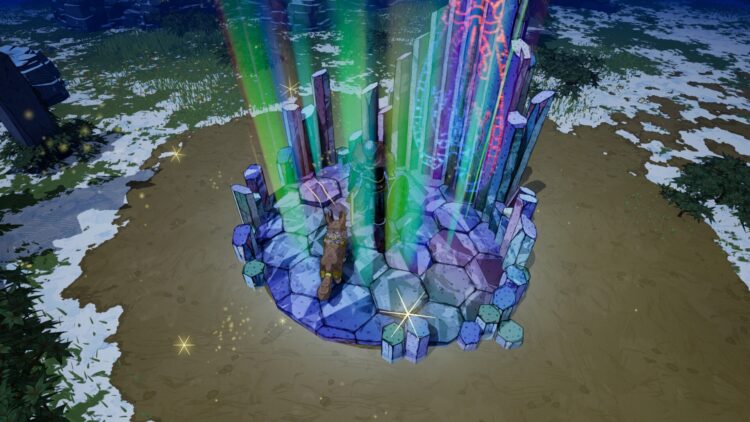 You can obtain the Hunter if you manage to discover all shrines/fast travel points in a Saga Mode world, including those that are close to the Glacier Peaks bridge and Fenrir’s lair. This process is harder than it sounds if you’re soloing because have to beware of Helthings and Jotnar that are beelining for your village. You’re likely to go about exploring the map, then teleporting back to the village when necessary to avoid an abrupt game over.

The Hunter shares some skills with the Ranger (i.e., Dark Efficiency and Bow Mastery). However, it has other quirks like “Durable Tools I/II” (increases the durability of mining/cutting tools), “Bountiful Grasp” (doubles ingredients and materials obtained from harvesting), “Skaði’s Spirit” (chance to create a decoy that distracts enemies when you roll/evade), and “Sharp Eyes I/II” (reveals the landscape covered by the map’s fog of war). 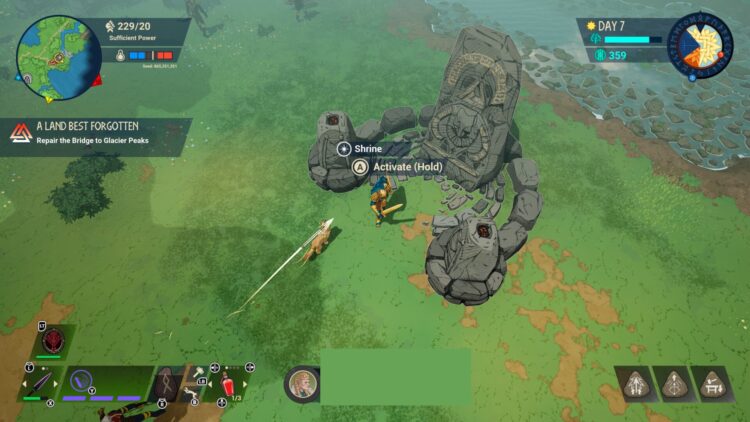 Unlocking the Berserker in Tribes of Midgard can be a little tricky since you need to kill 20 enemies within 10 seconds in Saga Mode. However, this can be done with a bit of patience. First, collect enough souls and materials until you can upgrade at least one of the village’s gates up to level 2 or 3. Then, wait until swarms of Helthings start arriving. If it’s day 6 onwards, or if the Blood Moon is active, you’ll see more mobs crowding around, unable to get through due to the fortified gate. Once there are 20 or so mobs that are clustered, roll down to the front of the gate and use your AoE attacks to annihilate everyone.

Alternatively, you can try this when the Fimbulwinter is about to begin since it guarantees longer nights and more enemy spawns. Just make sure that you already have the wooden boards, cut stone, and wrought iron materials on hand. If the Tinker NPC gets distracted by enemies, you won’t be able to exchange for these materials when needed.

Anyway, the Berserker has notable durability (weapons) and mastery quirks (axes and hammers). Still, it’s got some nifty skills such as “Striking Fear” (stuns nearby enemies), “Battle Resistance I/II” (resistance to stuns and slows), “Critical Hits I/II” (chance to deal extremely high combo damage), and “Wrath Unleashed”/”Wrath Appeased” (earn wrath when attacking and unleash it using a blast/earn mana while you’re at it). 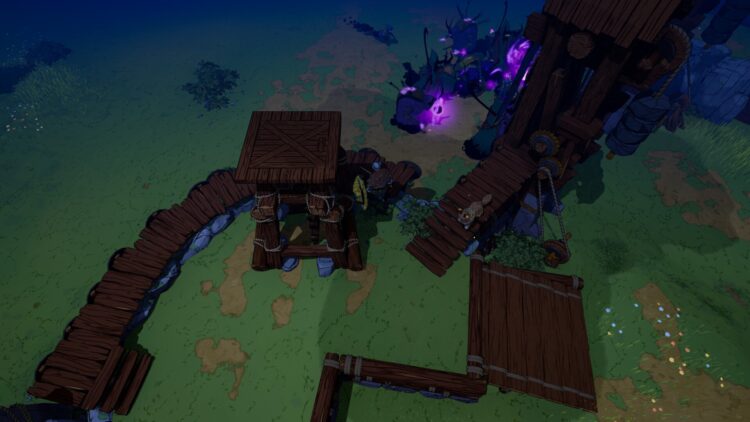 The Sentinel class in Tribes of Midgard, similar to the Berserker, has a tricky unlock requirement. Basically, you need to block 25 attacks in 10 seconds while playing Saga Mode. What you’ll need to do is bring extra potions and shields (just in case), and make your way to either the Land of Pools, Ash Beach, or any Hideout. In these areas, you should encounter little mobs (I simply call them goblins). Some of them use melee attacks whereas others might throw projectiles. Simply bring your shield out and try to block every hit to get the tally done. 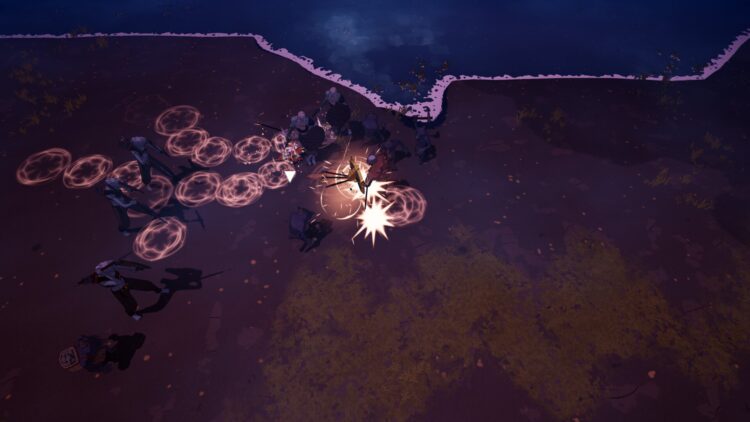 The Warden class in Tribes of Midgard has a fairly straightforward unlock requirement. But, you need to be at your best while soloing, or you’d have to be with buddies who can help you out. That’s because you have to survive until day 15 in Saga Mode. Try to bolster your village’s defenses, all while improving your gear and taking out Jotnar before they get too close for comfort.

The Warden has a bunch of useful support skills. Some notable ones are “Hermóðr’s Waystone” (a means of fast traveling with additional perks in the branch), “Dwarven Made” (equipment will always be durable), “Keeper’s Hands I/II” (reduced crafting costs), “Haggler” (buy and sell goods at better prices), and “Stairway to Asgard” (unlocks Aesir construction options). The Warden is also able to increase your capabilities through “Rune Carver” (gain a sixth rune slot). Lastly, do avoid getting “Potion Stacker” (increases the number of potions in your inventory) since it doesn’t seem to be working properly. 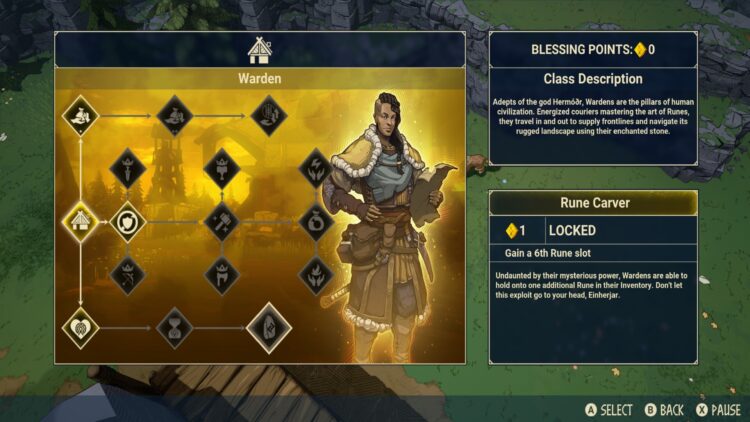