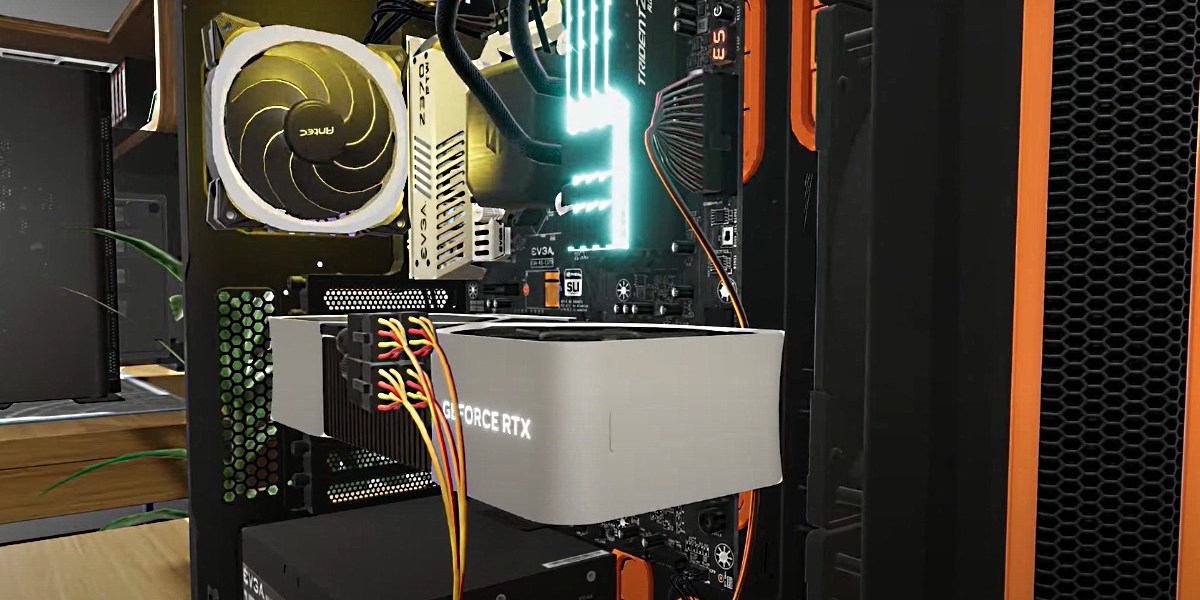 Nvidia just released its uber-powerful RTX 4000 series of graphics cards, which support superior ray-tracing capabilities and advanced DLSS 3.0 support. But, in the event you don’t have a treasure chest of gold to buy a new RTX card, you can still enjoy the feeling of owning one in PC Building Simulator 2.

The sim’s first major update since its launch has now released, bringing with it “over 25 brand new components and peripherals in your PC building journey.”

With update 1.1, in addition to the new RTX 4000 series cards from Nvidia, this update to PC Building Simulator 2 also includes AMD’s new 7000 series CPUs. Additionally, the Intel Core i9-13900K and Intel ARC 770 and 750 graphics cards, along with Gigabyte Aorus and MSI’s X670E motherboards are also a part of the new package.

Other new branded components and peripherals include a selection of mice, headsets, and coolers.

With this new bin of parts at your disposal, you’ll be able to trick out a serious new rig for that peak performance bliss. Now, building your PC here in PC Building Simulator 2 could grant you access to at least try your dream setup for about a month or two. Perhaps that’s why it’s called a dream setup.

Nevertheless, PC Building Simulator 2 remains as a handy tool not just for the sake of entertainment, but also just due to the fact that you really can use it as a virtual guide of sorts to help you plan out a rig before you turn into the real deal. Thus, the fact that the sim is being continuously update with the latest parts will certainly help not just for future-proofing purposes, but also so, perhaps one day, you can turn that “dream” rig into the real thing.