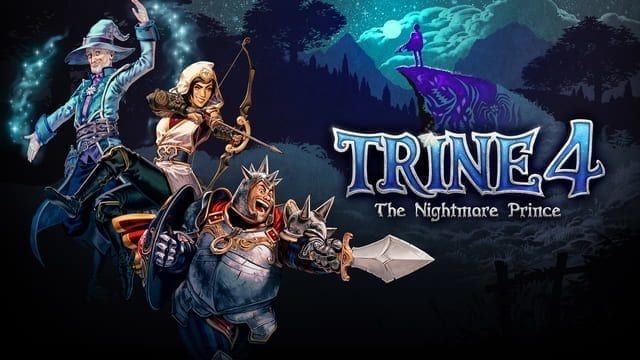 We saw the announcement of Trine 4: The Nightmare Prince back in June during E3 2019. Today, developer Frozenbyte and publisher Modus Games announced that the game is coming out on October 8 for PC, PlayStation 4, Xbox One, and Nintendo Switch. They will also release the Trine: Ultimate Collection, which includes the original three titles and the fourth entry as well, on the same day. The announcement includes a brand new trailer that showcases the four-player co-op feature for the first time.

Trine 4: The Nightmare Prince features an all-new combat system, boasting more gameplay than the series’ first three entries. It includes fantastical new enemies to vanquish and new physics-based puzzles. According to the developers, it’s the biggest and best Trine yet. The new trailer provides a glimpse of that new gameplay, as well as some rather interesting platform mechanics. The possibilities for new puzzles seem abundant, but we’ll have to wait and see what it plays like on release.

Trine 4 and the Ultimate Collection

If you’re looking to pick up the whole package for a marathon of Trine, this looks like a great deal. The collection is packed with bonus content, while also including Trine Enchanted Edition, Trine 2: Complete Story, Trine 3: The Artifacts of Power, and Trine 4: The Nightmare Prince. It’s available on all platforms both physically and digitally. The bonuses include the Trine Series Original Soundtrack (digital only), the Trine 4 Digital Art Book (digital), the Collector’s Reversible Cover Sheet, and the physical Trine 4 World Map. Meanwhile, the Trine 4 retail edition will include the game and the physical World Map.

There are a couple of pre-order bonuses as well. For both Trine 4 and the Ultimate Collection pre-orders, players will receive a Trine 4 Cloth Poster and the bonus Toby’s Dream DLC level. Fans of the studio will remember Toby as the dog previously seen in Nine Parchments, Frozenbyte’s isometric ARPG.

You can learn more about Trine 4: The Nightmare Prince on the official website. You can also wishlist the game on Steam.

Are you looking forward to Trine 4? Do you think the gameplay will stand out from previous entries? Drop your comments below!