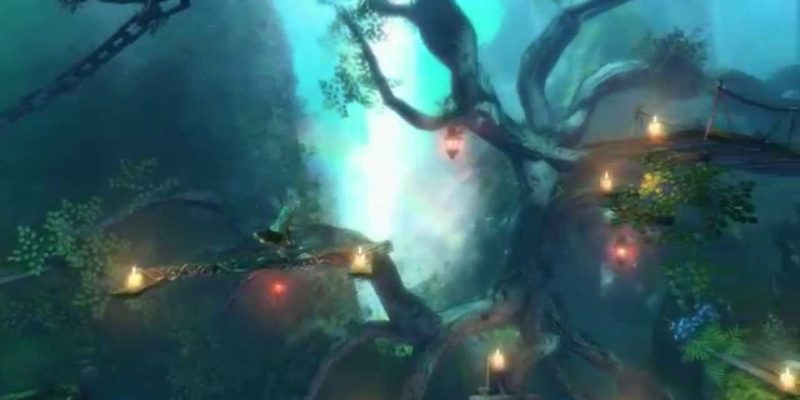 The power of bloom compels you.

Trine Enchanted Edition is not a re-release of Trine with the voice cast of Disney’s Enchanted film, just in case you were wondering. Instead, it’s a re-made version of the original game in Trine 2’s engine with a few other useful additions.

For one thing, online co-op is now an option. Trine Enchanted Edition allows you to do “mid level saving” as well, which I guess means that wasn’t possible in the game the first time around. Plus, of course, you get all the extra graphical loveliness added by the engine made for the second game in the series.

If you already own Trine, the Enchanted Edition is a freebie upgrade and doesn’t even replace the original version. You’ll be able to switch between original and Enchanted versions at a launcher screen, depending on how you feel that day. If you don’t own Trine, now isn’t a bad time to get it since it’s apparently only $3.00 USDon Steam until 5 August. GOG has it too, but doesn’t seem to have that discount offer (yet, maybe.)

You may not need reminding what Trine looks like, but here’s a trailer showing some of the new effects and whatnot. Looks quite pretty, doesn’t it?

Wargame: Red Dragon’s free DLC is all about the Eastern Bloc

CD Projekt RED host a cosplay competition for The Witcher 3