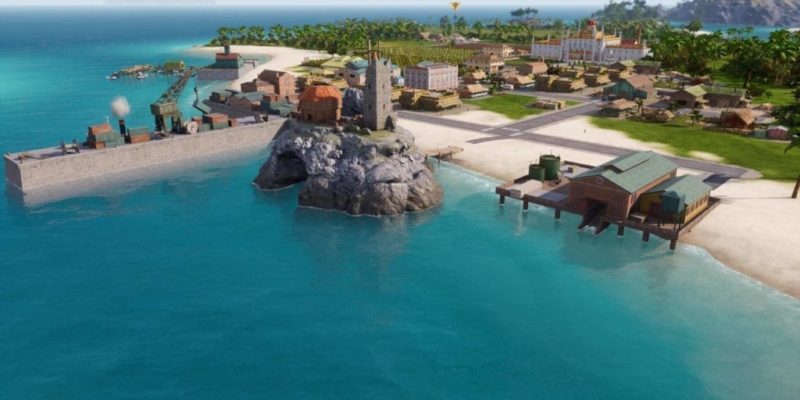 Kalypso Media and Limbic Entertainment have announced today that Tropico 6 is now available for Mac OS via the Mac App Store. The Steam version is currently playable in beta form and will have its full release next month. To celebrate the Mac release, the game will be discounted on both storefronts. The Steam version is listed at 20% off during the Steam Summer Sale until July 9. You can also purchase the game at the same discount on Kalypso’s storefront until July 11.

Tropico 6 bills itself as a dictator simulator, and this is the perfect definition for the game. While having the player take the role of El Presidente, the goal is to build up your own city-settlement on an island nation and become a powerful leader. By taking control of the island’s economy and infrastructure, players have the option to be peaceful, tyrannical, or something in-between. For some quick tips, have a look at our guide for making quick cash in Tropico 6.

Compared to other strategy city-builders, Tropico 6 has its own sense of humor. Rather than hiding the fact that strategy games are sometimes about living a tyrannical-type fantasy, Tropico 6 fully embraces it.

Games on the Mac App Store still appear as a periphery

With the announced dissolution of iTunes, there are some questions surrounding how Apple will handle digital media licenses. We know that Apple is planning to unroll separate applications for music, TV, and podcasts. But there are no plans for a separate application for video games. Games can still be purchased from the App Store by clicking the game tab. But the main page on Apple’s website contains no link to video games like it does for music.

With that said, gamers on Mac have plenty of places to buy games. The Mac App store is one option. But there is still Steam, GOG, and various publisher storefronts like Runic Games and Kalypso, among others, who offer Mac games for purchase.