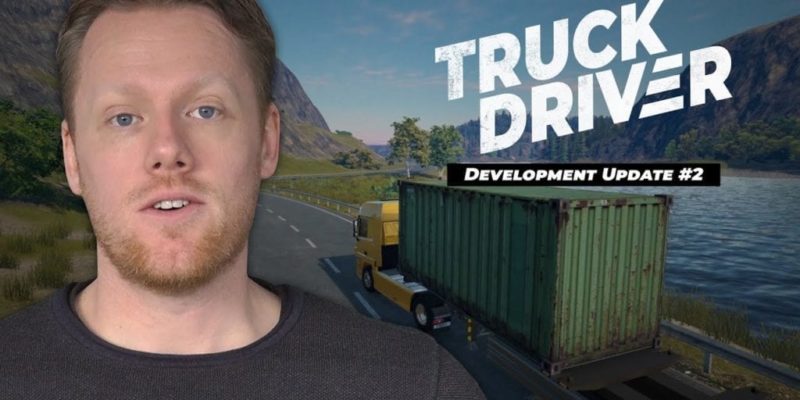 Truck Driver is currently in development at Triangle Studios and SODESCO Publishing and it’s their take on the popular genre.

Featuring an open-world in which you can truck and advance your trucking career, the game is still in development but there is an update from the team today. In their latest video, the team shows some of the features players can expect when the game releases at some point in the future.

Parking your truck and delivering your goods is one of the topics in this new video and the team explains they are trying to find a middle ground to make it challenging for those who appreciate realism but not make it too time-consuming for those who don’t. If you don’t fancy backing up time and time again to get into a parking zone you can simply stop close by to the zone and that will suffice. There’s nothing worse than doing ten point turns over and over again if you’re a bit rubbish at reversing a truck.

Other topics covered include truck customisations and the revamped UI in the garage. They also scrapped the game world and started from scratch because they weren’t happy with it and now there’s a completely new map for the game. They appear to be much happier with what they’ve come up with now.

Truck Driver will be coming to Steam “soon” which doesn’t tell us much but it might not be too far away from release if this video is anything to go by. Fingers crossed.