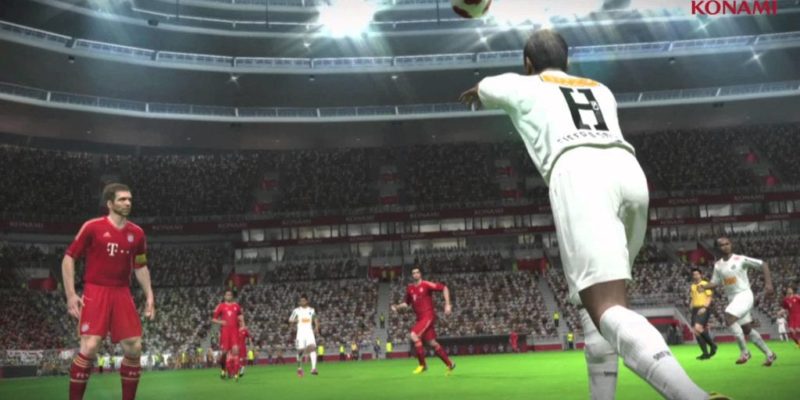 Unfortunately, I know slightly more about real football than Tim McDonald does, so this PES 2014 E3 news story may be less entertaining than his own effort. That said, Konami’s latest bits of information about the game are called ‘Trueball Tech’ and ‘M.A.S.S.’ so there’s plenty of schoolboy-ish material to work with there.

Trueball is a system that centers on how players touch and use their balls. Sublime control of the balls and a good first touch (of the balls) are what “set certain players apart from others.” I’ll say.

With Trueball, you’ll have full 360 degree control of where to spread your balls, and the option to shield your balls from opposing players. Magical physics power will automatically shape a player’s body to receive balls from any angle.

Meanwhile, the M.A.S.S. (or Motion Animation Stability System) will handle the bodily contact between multiple players and oh god this getting so very homoerotic. There are no pre-canned animations, so the player reactions to being barged, jostled, wrestled, hugged, tickled or receiving an eyeful of balls will be dynamic and dependent upon the direction and force of the impact.

It all sounds quite sexy and I need a bit of a lie down now. Here’s the PES 2014 trailer showing all this off.

Apocalypse Now: Ubisoft trying to get more game movies made