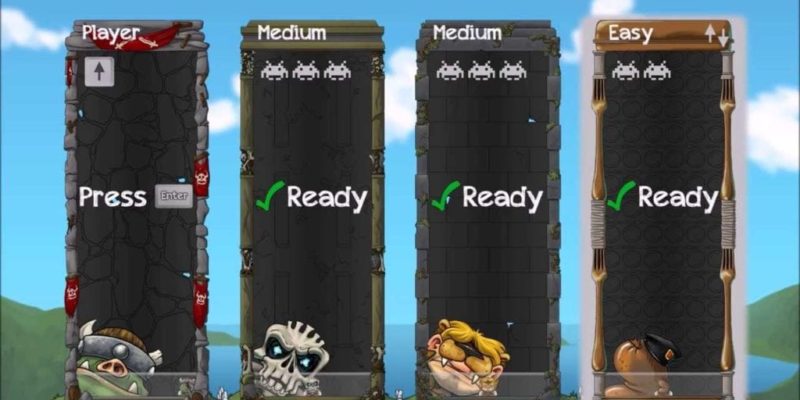 Is .. is that a sausage wearing a hat in the middle there?

Imagine, for a moment, you are one of The Quantum Astrophysicists Guild. Your last game was The Bridge, a rather brilliant Escher-inspired puzzle game with a crisp black and white art style and thoughtful thematic overtones about .. er .. mathematics? Probably? Naturally, your next game will be another arty puzzle title with … nope! It’ll be a multiplayer match 3/Puyo Puyo-ish title called Tumblestone with all of the bright colours.

Hurrah for developers who refuse to stay in a genre niche.

Tumblestone is, according to co-creator Ty Taylor, “a casual arcade-style game centered around a simple yet addictive gameplay mechanic.” From the gameplay demo video (below,) it looks like coloured blocks will march mercilessly down the screen towards you while you attempt to remove them by matching three of the same colour together. If the blocks reach the bottom, you’re out. If not, you’ll probably win.

Sounds simple enough, and that seems to be the whole intent of the game. Taylor says he wants to create “short, intense rounds that keep players coming back for more.” Tumblestone also has some AI players in case you need to fill in the gaps to make four players, or are just lonely in general. The game should be released later this year.