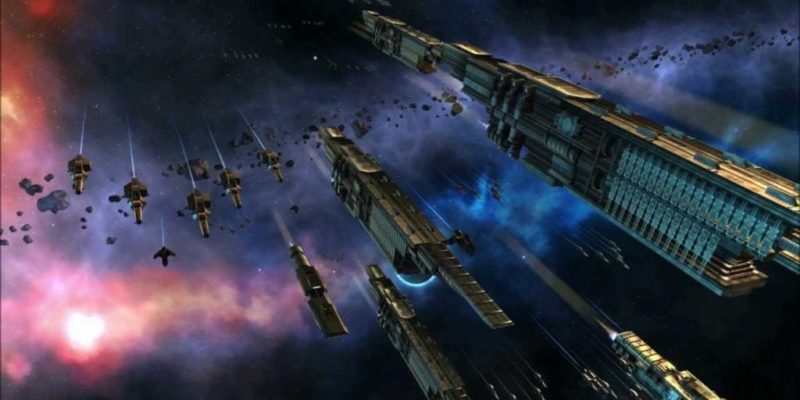 Endless Space? Pah, that’s like calling your film The Neverending Story – it’ll end sometime, mark my words! Not yet though, because developers Amplitude have announced an expansion for the 4x space strategy title that’ll be released this summer.

Called ‘Disharmony,’ it’ll introduce new alien race The Harmony and add both fighters and bombers to combat situations. Better targeting, invasion mechanics and AI are also promised. Since it’s quite a sizeable set of updates, the add-on will cost you $10.00 USD.

•    A brand new Faction called “the Harmony” with a single objective in mind: Annihilate Dust!
•    New Fighter and Bomber units that will completely change the shape of combats, especially with the new Battle Formation and Targeting systems
•    A complete rework of the Ship Design interface, including an improved Weapon System that provides family types for modules (short, medium and long range)
•    New Invasion mechanics have been added: Prepare your population for Bombardments, Sieges and land Invasions!
•    Expect to face a real challenge when playing against AI opponents with the New Adaptive Multi-Agent Artificial Intelligence System (AMAS)
•    Other additions and features voted or requested by the community include:
o    Four new Heroes [Games2Gether]
o    A new option to disable Exchange of Technologies, as a request from the Multiplayer community!
o    New Rally Points feature for newly built ships to reduce micromanagement

And you can watch a little teaser trailer, below.

Son of Nor will give backers a reward, even if Kickstarter fails