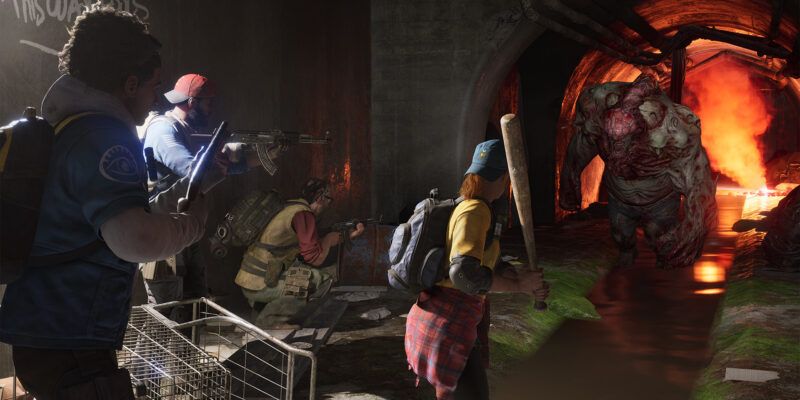 Back 4 Blood is getting its first expansion, and soon, with Tunnels of Terror. It’ll be live on April 12, bringing all new, well, everything. Two more Cleaners are joining the team in order to fight three new “Warped Ridden” enemies. You’ll have access to a new PvE activity, as well as a plethora of skins for cleaners and weapons. It looks like a big update, all in all.

The two new Cleaners, or characters, coming with the Back 4 Blood Tunnels of Terror expansion look ready to axe you something. And by that, I mean they’re brandishing axes in the expansion art. The first new character is Sharice, described as a firefighter with an ax to grind. Heng is the second and is a “tough as nails, no-nonsense restauranteur” who looks like the Ridden interrupted his fishing trip.

The expansion also brings new Ridden and related activities. These “Warped Ridden” look like they’re sprouting quills, like from a porcupine. Their names certainly match up with the motif, as they’re called the Ripper, the Shredder, and the Urchin, which is able to place landmines. Note: the shredder likely has nothing to do with turtles of the teenage, mutant variety. But the relation to the developer’s name hasn’t gone unnoticed. In addition, a new PvE activity, called Ridden Hives, will go live with the expansion. 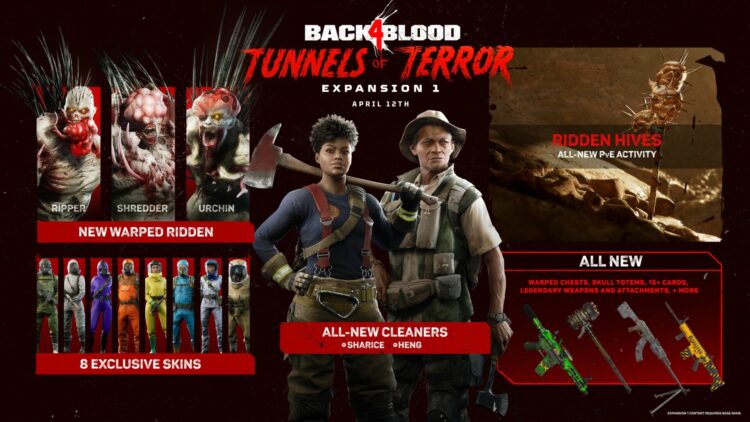 All the colors of the rainbow

There will be more skins added to the game. As you can gather from the image above, Cleaners are getting colored hazmat suits. On top of those, there will be 12 more weapon skins to slap onto your collection of guns and various blunt objects. Weapons are also getting upgraded with Legendary versions, as well as new attachments.

There’s plenty else, of course, but developer Turtle Rock Studios is still keeping some things secret for now. More deck cards are included in the expansion, which launches alongside a free No Hope difficulty setting. Also, according to the announcement, only one person needs to have access to Tunnels of Terror in order for the group to play it.

The GTA Trilogy remaster gets another massive update to fix performance