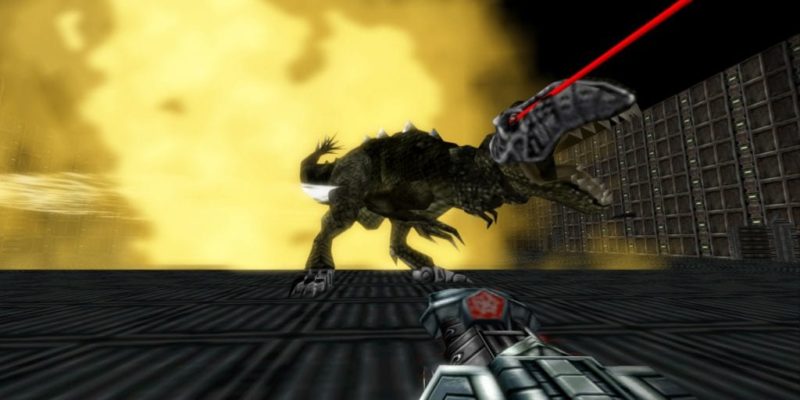 Night Dive Studios, the people tenacious enough to rescue System Shock 2 from legal limbo (and who tried to do the same with No-One Lives Forever) are restoring and re-releasing Turok: Dinosaur Hunter and its sequel.

The games were originally released on PC in 1997 and 1999 respectively, and both will be “re-mastered” with “enhanced graphics” and, enigmatically, “other improvements”. There’s no release date yet, but the Turok games will be sold through Steam, GOG, GreenManGaming, GamersGate and through Night Dive’s own site.

“When  Turok: Dinosaur Hunter was first released it was nothing short of revolutionary,” says Night Dive’s Stephen Kick.

“To that point, no game had ever offered the combination of graphics and an open world environment that  Turok featured. We are very excited to have the opportunity to bring this great franchise back to life”.

Below, you can see some screenshots from what I presume to be the new PC versions. Remember, these games came out in the late-90s, so there’s really only so much you can do with the graphics.