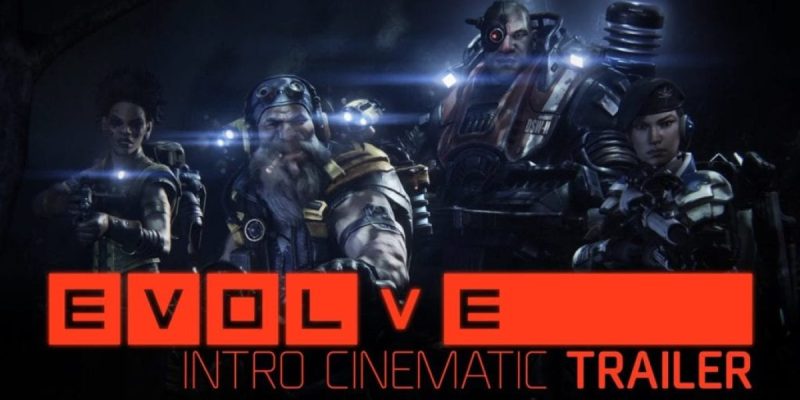 How’s he going to run after a giant monster if he’s smoking, and thus suffering from shortness of breath? Don’t they teach this sort of thing in the future? Shocking.

After the furore that erupted around Evolve‘s mass of DLC on Tuesday, Turtle Rock have responded and attempted to explain their decisions.

A lengthy response by Turtle Rock’s Phil Robb popped up late last night, which seems aimed at explaining and defusing the situation. First things first, according to Robb, is that none of the planned DLC is actually finished. Or even close.

“When Evolve hits the shelves, none of the DLC will be done,” wrote Robb. “Behemoth won’t be done. None of the planned DLC hunters or monsters will be done. The only exception to this might be some skins that we’re working on now while we wait for all the final stages of packaging, manufacturing etc. to finish.”

“Hunters and monsters are a pretty big undertaking, they cost a lot of time and money to make,” added Robb.

The hunters and monsters themselves are apparently based on designs that they had before the game shipped, but didn’t have the time or budget to add to the game. “Instead of throw them all out, why not put together a budget to make them as DLC?” questioned Robb. “Means more content for the people who love the game and want more. It also means all those ideas get to see the light of day.”

Which makes a degree of sense, to me. If you want to add additional stuff but don’t have the time or money to put them in the base product, then, well… DLC or sequels are your options, really. The downside of “not working with Valve anymore” is that you can’t just sit around tinkering with things forever while living off Steam’s earnings, I suppose.

On the plus side, none of this will split the playerbase, and those who don’t pay can still play with the new stuff, even if they can’t play as the new stuff. “We worked it out that any DLC maps are free, any new game modes are free,” noted Robb. “Then, recognising that not everyone wants to buy DLC, we made sure that even if you didn’t purchase any of the paid content, you could still play with people who did!”

“So if I buy a new monster or hunter, and you don’t, we can still play together. You may not want to buy it, but your original purchase of the game will be enhanced by it anyway because you can still get into games with people who wanted to buy them. Hell, you can even set the DLC characters and monsters up as opponents in solo games.”

And that’s a big Cthulhu.

This is probably the best we were ever going to get, and I’m genuinely pleased that you can still play against the DLC stuff even if you don’t buy it. It still doesn’t quite address the fears that the base game will be a little bit slim, or that this extra stuff is really rather expensive, though.

Robb also took a little bit of time to discuss the seven billion editions of the game that’ll be on sale. This is apparently more down to 2K than Turtle Rock, insofar as Turtle Rock makes the game and then 2K works out how to sell it, but Robb notes that “all of those different tiers are there to provide options.”

There’s a little bit more in the full post, which you can read over here (and probably should, if you’re incensed by the situation, because there’s only so much summarising I can do and I’ve left a fair bit out).

I’m not as angry about this as Peter (possibly because I’m more jaded than he is), but budgeting and so on aside, the maths behind it is still pretty unpleasant from an end-user perspective. If you play the game, enjoy the game, and then decide you want to get everything, you’re basically going to have to pay the game’s price over again to do so… which seems rather steep. It also doesn’t help that there’s a Season Pass and there more DLC on top of that.

A lot of this might simply be because I don’t understand exactly how much money is required to do these things (financial breakdowns are, unfortunately, not something we regularly get to see) but it’s still rather uncomfortable from the perspective of the end user. And again, it doesn’t really help when our impressions from the alpha weren’t exactly glowing, and that pre-ordering (yet again) will offer a piece of future DLC for free, encouraging you to give them money before knowing if the game is actually worth it, simply to save more money in the future.

Such is gaming, apparently.

Dying Light wants you to print your own zombie