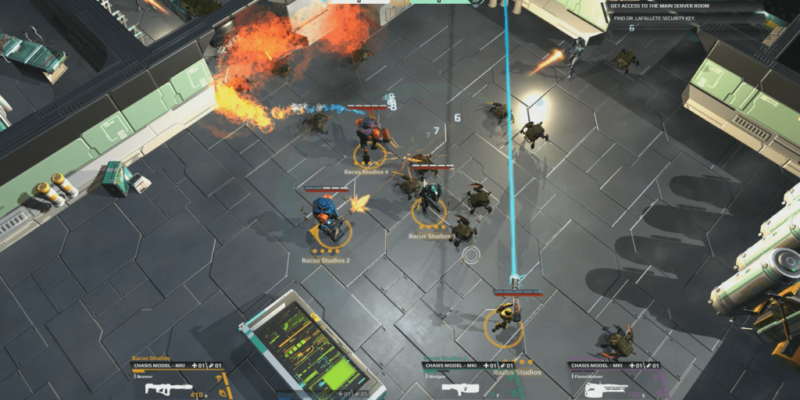 The game follows a group of soldiers tasked with taking back a colony ship called the Trident from an unknown alien force. Each level is populated with different enemy types and player will have to battle through the open-ended industrial Zone, storage bay, hangars and the ship’s Medical Facility, and more

The game comes with a 20-hour campaign, multiple character classes, a load of weapons and best of all a local couch co-op or online multiplayer mode for up to four players. There is a progression system which involves two-tiers of currency and good old XP. The first currency called Matheria allows players to unlock and customise up to 11 unique weapons, and the second is Weapon Parts which is used to upgrade weapons through numerous tiers for increased damage, reload capacity, accuracy and magazine size.

The developers are promising plenty of replayability with randomised level designs, enemy spawns, and objective types.

A steam page is now live but there is no final release date as yet.