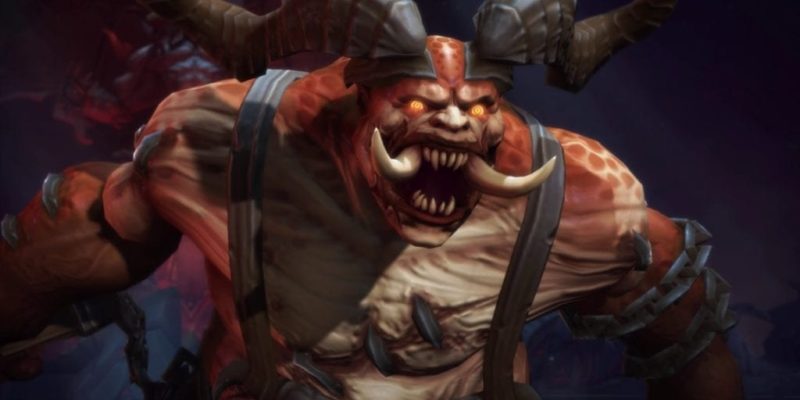 Today at E3, Blizzard Entertainment announced that two new heroes will be coming to Heroes of the Storm as part of its Eternal Conflict expansion, which rolls out over the next few weeks. The expansion focuses on the Diablo franchise, and both heroes come from that game.

The first new hero detailed is King Leoric, a popular boss from the Diablo series. King Leoric is a warrior type hero whose unique trait is his ability to remain on the battlefield as a wraith after death. Although he cannot attack enemy heroes as a wraith, he can affect them in other ways, such as slowing them or using other debuffs on them. Performing actions as a wraith against the enemy will decrease his respawn timer, and upon respawn, Leoric will appear wherever the wraith currently is.

The second new hero is the Monk from Diablo 3, although it does not appear that the Monk hero has been given a name. The Monk will be the first support type hero from the Diablo franchise. He is described as an agile and mobile character that has the option to select a trait at the start of the game that focuses him either on damage or support roles. You can watch the new trailer below:

Blizzard also announced the addition of a “treasure goblin” mechanic, in which both teams can try and defeat a goblin during the first 30 seconds of the game in order to gain additional gold (a resource used outside of battles to purchase heroes and skins). If the team cannot take down the goblin in the timeline, the goblin will teleport away and the team will not get the bonus.

Blizzard had already announced the addition of The Butcher hero and a new Battleground as part of the Eternal Conflict expansion. Joanna, the Crusader from Diablo 3, is also part of the expansion, and is currently available to all players.

Burstfire Alpha starts today – Use this code and take part