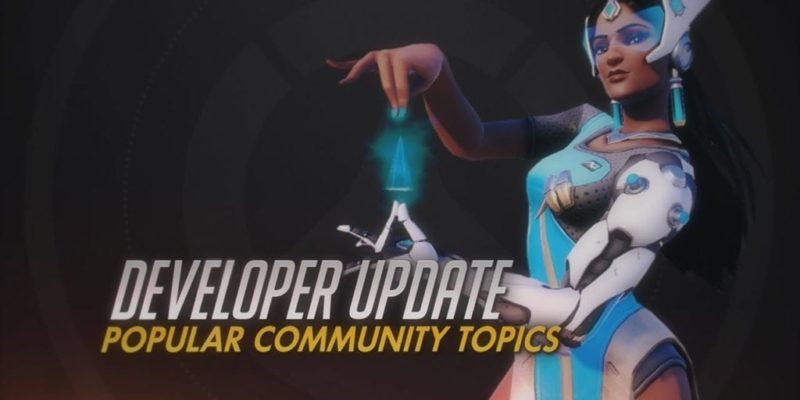 Blizzard is back with another Overwatch update from Jeff Kaplan and there’s a lot to digest this week.

Changes are coming and some of these are currently on the PTR at the moment. There are changes to Widowmaker and her scope speed which is being sped up and she may also be tweaked further depending on feedback. Junkrat’s trap is being changed so Genji can’t jump through it and his Ultimate ability activation time is also being sped up. These are only some of the heroes changes outlined in this update but there’s more to come.

Regarding the other heroes, Symmetra changes are not quite as easy so her changes are not coming soon. Kaplan says they might take a little longer but there are no details on what the changes are but they could be “dramatic” and Kaplan reiterates that she is not supposed to be a healer and they are toying with the idea of taking her out of the support category but they want to “make her more viable in situations”. She should be playable in offense and defense situations and these Symmetra changes are expected no earlier than mid-November but could take longer.

Esports broadcasting is touched on with spectating features, again some of these are on the PTR such as static camera locations. They have also worked on making the camera more “steady and fluid” to make it easier to follow the action.

Blizzard is working on more heroes and one is being playtested internally and will be coming “sooner rather than later”. Another  prototype hero is in the works which will come next year.

A new map is being worked on for an existing game mode and there’s another in a prototype stage that is “much further out”. There are also an additional four more which are still in development mode but not all will make it live.

You can watch Jeff speak the words in the Overwatch developer video below.

Ubisoft’s collaboration with Might & Magic devs Limbic is over