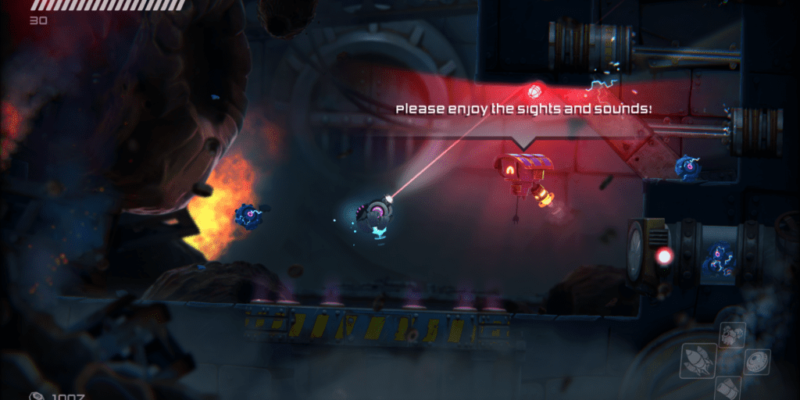 In news that continues “the fine Two Tribes tradition of failing to meet deadlines” (their words, not mine!), RIVE will now be getting a 2016 release.

Granted, it never had a specific 2015 release date to begin with, but internally the (now) three man team did want it done for 2015. However, they’re not finished yet, so the game will be released some time next year instead.

Two Tribes became a much smaller studio after Toki Tori 2, and note that this means “If we decide to attend PAX or EGX with a booth, the entire project is paused for several weeks. It’s frustrating … but it’s our current reality”.

A few new screenshots accompany the news of the delay, demonstrating the game’s improved HUD (regular and hacking varieties), and (shown above) a spot of conversation with “weird A.I. bot called Daryll Lloyd-Lancaster”. 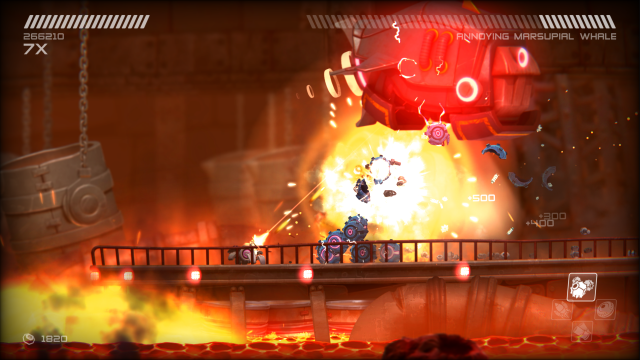 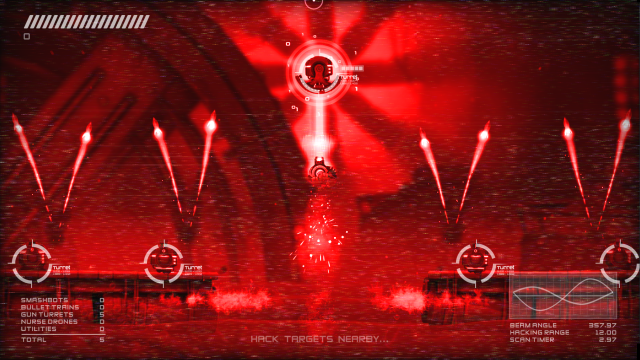 The Deadly Tower of Monsters gets red carpet debut in January