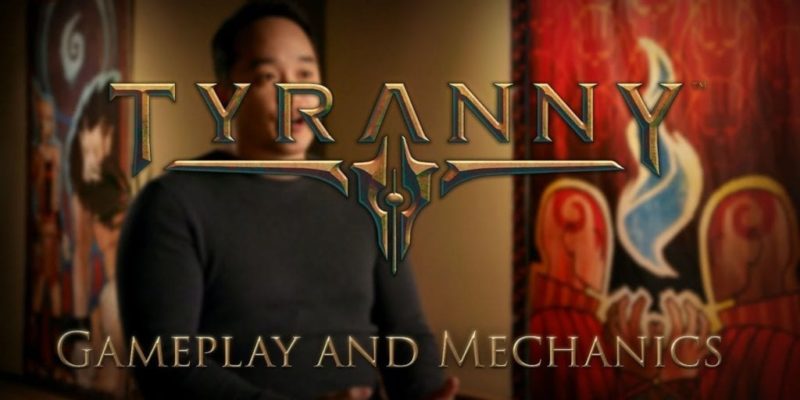 Obsidian’s Tyranny is out next week (on 10 November), and this third developer diary video takes a look at some of the more specialised mechanics in the game. Those include companion combo attacks, Reputation-based bonuses, and custom spell creation.

Companion combos are special attacks in the real-time-with-pausing combat system. You might have a character who’s great at knocking people down, followed up by a second character getting in a strike at the incapacitated foe. Or maybe you’ve got someone who can toss enemies up in the air; providing a handy target for a ranged companion. That sort of thing.

The Reputation bonuses, meanwhile, are Tyranny’s way of making sure you get benefits for interacting with factions in different ways. Your reward for pleasing a faction will not be the same as the ability you receive for massively irritating them.

Finally, custom spell creation is a way of shaping and combining various elements and ‘shapes’ into powerful magical attacks (or defensive buffs, or whatever you like really). Hear more about it, and all of the above, in the trailer below. We’ll have a full review of Tyranny up on 10 November.